The human race: Black Africa and the rest 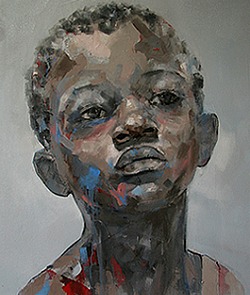 I came across a comment on CNN yesterday and I have been thinking about it all day. According to the comment, black Africans are far more barbaric than other racial groups and that explains why black Africans are always fighting and killing each other.

After reading the comment, I decided to ignore it altogether.

However, just below the comment, I realized this unintelligent comment had more than 50 likes. In other words, more than 50 other people agree with this unintelligent post. Although I know the web is full of "educated fools", I was shocked to see so many of such "over-learned" people championing on major media outlets like CNN. I have been thinking about it all day but the more I think about it, the more insane those people appear in my thoughts.

First of all, it is very foolish to single one race out. Why? Because, the entire human race is barbaric and not just any particular group. There are conflicts, wars and rumors of war all across Africa. However, as mentioned in one of the articles on this website, most if not all of these wars and conflicts are directly and indirectly created and sponsored by western powers. Why? Because the more conflicts and wars they create in Africa, the better their chances of coming in and taking over our resources and markets. In other words, if Africans are barbaric for fighting then what about the monsters who demonically create and sponsor these numerous wars and conflicts?

Even as Africans work towards peace and understanding with each other, there are higher powers (you can call them demons) elsewhere in the world working overtime to ensure nothing but turmoil in Africa so they can siphon the blood of innocent babies into their bank accounts. In other words, if you consider Africans barbaric just because of the proxy wars you've been reading about online, then you are not being wise at all.

If my grandfather sacrifices a chicken to thank his God for protecting him and his family, the so-called educated people of the west consider my grandfather barbaric for killing an innocent chicken. Meanwhile, these same people consider Abraham (in the Bible) a very good and god-fearing man for attempting to sacrifice a whole human being to thank the same God. There is something very wrong somewhere with the way we think as humans.

According to the Bible, Lucifer was the fairest of all the angels in heaven including Michael (Jesus). Yet, anywhere you see Lucifer, he is painted black with horns associating the color black with nothing but evil. That is how most westerners think because that is what they've been exposed to since infancy. If my grandfather wrote the Bible, I am pretty sure he would make Jesus very dark in color just like himself. White people wrote the Bible and so it doesn't surprise me at all to see Jesus with white skin, blue eyes, long shiny blonde hair, and painted lips.

Black Africans are often considered barbaric by the outside world. Why? Because that is what they've been told and they've been told so because of the need for a "scape-goat" race. However, if you were to put every race side by side, you would come to realize the fact that the black African race, is in fact, the most peaceful and the most friendly of all the racial groups on earth and that is the truth. I know truth hurts sometimes but truth is one.

David Michael Hurt 3 years 10 months
Clearly as the Moon transits the sign Saggitarius [a sign of Truth and intelligence] there seems to be very little of either left in this world. While everyone and their little brother claim to have the corner or essence of it what comes out of their brains, minds or pens is a clear demonstration that though they may be sincere in their feelings, intelligence and factual evidence seems curiously to favor whatever they happen to be esposing....it that the way it works? There is no objectivity, no justice, no truth only my way or the highway, so let's get some bats, knives, guns, whatever and have a go at it....PS, there are no races in the world, Africa is a continent, not a nation and man/mankind has proven over and over, or strives to show that he can outdo whomever came before he did.