The proxy wars in Africa and the profiteers 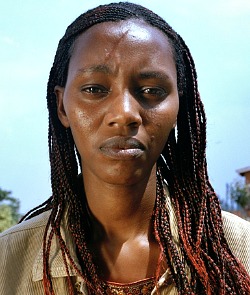 The more we fight and kill ourselves, the more profit (money) they make. In other words, even as we work very hard to achieve peace, unity and understanding, there are many agents of darkness up there in higher places also working extra hours to ensure there are wars and even more wars so they can profit from the blood of untold number of people. This is the situation in Africa today and that is why every now and then you hear conflicts, political violence and rumors of war all across the continent.

Let me begin with an example to explain my point. Lets take the Darfur genocide. Many of you have heard about Darfur and the deaths of untold number of people (some say about 500,000 although the true number is far higher than that). However, not so many people know the Sudan conflict was somehow "a proxy war".

Some major countries and corporations outside Africa were making big money in Sudan while innocent people, including tiny little babies, were being butchered like animals.

Let's begin with China. Sudan (now 2 countries, North and South) was/is an oil rich country and the entire economy of Sudan depended on oil. China was a major buyer of the Sudanese oil and used to pay cash for the oil.

When the conflict started, China saw that as an opportunity to make even more profit. The government of North Sudan (with the wicked Al-Bashir as president) was in total control of all the oil in Sudan. However, because of the war, the government needed more and more guns and China was more than ready to exchange guns, bombs, etc. for oil. In other words, while NGOs and other peace groups were working very hard to help save lives in Sudan, China was busy making and supplying even more guns in exchange for oil and more oil. In effect, the Chinese firearm companies flourished while hundreds of thousands of innocent people continued to die in Sudan. Yes, the Chinese government made huge profits out of the Darfur genocide.

Russia also had similar evil agenda and joined hands with the Chinese government to make more profit in Sudan while innocent people were dying like flies. In other words, China and Russia did not want the conflict to end because the longer the conflict continued, the more profit they made in their bloody "oil-gun" transactions.

When I first heard about KONY 2012, I wept and not just because of what Joseph Kony did over 3 decades ago but because of what the western world was going to do in Africa in the name of Joseph Kony. Joseph Kony (if he is still alive) is a very evil man but Joseph Kony did not start his evil deeds 2 years ago. Joseph Kony had been committing these atrocities for almost 3 decades and no western power came in to help. The western world first mentioned Joseph Kony after oil discoveries were made in Uganda somewhere in 2006. Because the government and the people of Uganda knew the implications of Joseph Kony coming back to life, the government of Uganda made it very clear somewhere in 2007 that Joseph Kony had been captured. Joseph Kony reappeared in 2012 after more oil discoveries were made in Uganda in 2011 and this time around the United States and friends were more than ready to send troops to the jungles of Uganda to go capture Joseph Kony.

Take Libya for example. Gaddafi might actually be as bad as some people think. However, compared to Omar Al Bashir of Sudan, Muammar Gaddafi was a saint. Yet America and friends under the banner of NATO were more than ready to sponsor some armed groups to overthrow Gaddafi while Omar Al Bashir remained president. Omar Al Bashir was the worst leader in Africa and had been declared a war criminal by the international community yet remained president of Sudan and openly sold his oil at the international market. Had Gaddafi agreed to their "deals", Gaddafi would be alive today. The same applies to Saddam Hussein, etc.

Golam Kibria Palash 4 years 3 months
This is a rich analysis of real situations in Africa. It, in general, explores the worldwide scenario of what the developed world is really doing to the poor countries in the name of business (otherwise known as exploitation) and help-in-danger (which is better termed as a drama intended for defrauding innocent people). I like to give lots of thanks to the writer for such a clear and dashing analysis of the situation.