America and Immigrants: The impact of immigration 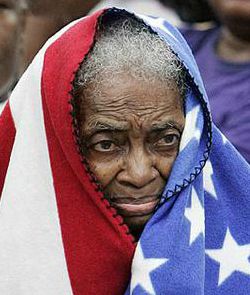 The Webster’s dictionary defines immigration as the coming into a foreign country to take up residence with or without the intentions of going back to one’s native country. Immigration according to Mr. David E. Simcox in his “U.S immigration in the 1980s” is a major transforming social force in American society and culture.

Since the changes it brings tend to be slow and subtle, the size and direction of immigration’s reshaping force is not always apparent to most Americans. The contribution of immigration to America’s industrial and agricultural might and its rich cultural diversity are inarguable and well documented in a vast literature. But like every other enriching social phenomenon, from industrialization to trade unionism to feminism and automation, immigration brings cost in terms of social divisions, economic disruptions, urban tensions and individual anxieties, grafting, in society as in human body, is rarely without pain and is not always successful. America no less than the immigrant shares in the discomfort of the adjustment process.

There are two types of immigrants: the legal immigrants who entered America well documented or some who may attain this through birth, and on the other side the illegal immigrants who may have come through unlawful means or for example those whose visa expiration date is due but still in the country.  However, both these groups have positive and negative effects on the United States.

Population growth has been the driving force behind much of America’s economic growth from the colonial times to the present. The factors that underlie population rate of growth - the birth rate, death rate, and immigration rate- imply much about economic conditions in America.

Some non-oil producing Caribbean and Central American sending countries such as El Salvador, Jamaica, Nicaragua and Haiti, which have long been heavy suppliers of immigrants to the united states suffered devastating economic slumps as early as the mid-1970s and hence the need to head towards the north.

From 1847 to 1864, more than 100,000 Irish immigrants arrived each year; between 1852 and 1854, German immigrants averaged 150,000; another 200,000-plus arrived from Italy each year. In the 1940s it was the turn of the Vietnamese and the Soviet Jews. (Attack.1994). Many driven factors such as poverty, hunger especially in the wake of the potato famine in Ireland and many other factors drove these immigrants to America. (Walters.1998.). The preferred destination of about one of every six legal immigrants in the 1980s was New York City metropolitan area. California was easily the preferred state with 28 percent of the new permanent residents in 1986 planning to reside there, concentrating in Los Angeles, Orange County, San Francisco, Jersey City, which had 13.5 immigrants per thousand inhabitants. Other communities popular among new immigrants were Chicago, Washington D,C and the Miami-Hialeah area. (David E). This accounts for why some places like New York in America is densely populated while some other states are not all that densely populated.

When there are overcrowding in such places, the possible outcome is the general pressure on social amenities and pressure on the government. Large scale environmental pollution occurs in such areas. The water bodies are constantly polluted with waste materials from industries, the air is filled with dangerous and harmful gases such as Carbon monoxide from the exhaust of the thousands of outnumbered cars on the streets all day in and out. Also, noise from factories and so on fills the air.  A 1989 report published by Sierra club population committee summarized the club’s traditional position on the environmental damage caused by America’s population growth and also identified the need to address immigration. The Sierra club has long supported the idea that an end to population growth in America and each country around the world is essential to environmental protection. In particular, the club’s policy calls for “development by the federal government of a population policy for the United States and for America” to end (its) population growth as soon as feasible”.

Aside its impact on the population distribution and structure of the America’s economy, immigration also has a very significant impact on America’s electoral processes. There is a general rule that Americans do not vote in large solid blocs. However, the most conspicuous exception to this rule is the Blacks. Blacks do and it has important consequences for both major political parties. Since about 1932, Blacks have strongly supported Democrats. They have in fact been consistently the most cohesive constituency group in the Democratic Party, giving about 80 to 90 percent of their votes to Democratic candidates. But before 1932, Blacks tended to be overwhelmingly Republican. Traditionally then, Black voting patterns have tended toward bloc voting. This monolithic cast to Black voting is one of two major differences between Blacks and Whites in overall voting behavior.

The other is in registration and turnout rates which have been lower among blacks. For example, Only about 10 million out of the 17 million blacks eligible to register did so in 1982 and only 7 million of these actually voted. (Young Michael. 180) Blacks in New York, for instance reacting to the Hayes bargain, were led by T. Thomas fortune, editor of the New York age, to vote Democrat in rather large numbers as early as the Cleveland election of 1892, in the 1912 election of Woodrow Wilson.  In 1924, James Weldon Johnson in a seminal article painfully characterized the Black vote as ‘Political nonentity” because “He the Negro demands less by his ballot, not only in the actual results but even in mere respect for himself as a voter than any of the groups that go to make up the American citizenry.

Although some of these groups are far smaller in numbers and even weaker economically, they do not put the price of recognition as a participator in the administration of the affairs of his government. Some use sentiment rather than logic as basis for voting therefore affecting the general implication of the electoral process. (Walters. 1998.)  Also, for example in 1980, 14.6 million Hispanics were counted in the United States Census. Hispanics are the fastest growing minority in America and it has been estimated that because of continued immigration and a high birth rate, they will shortly become the largest minority. Their political impact has increased already owing in part to their numbers and in part to their location. They make up a sizable proportion of the voting age population of many Western states and Florida as well as large metropolitan areas in North east and mid-West.

In terms of national security, immigration plays a very important role in America. Immigrants especially the legal immigrants join the army, the navy to mention but a few to help protect national security especially at borders and throughout the world as happening in Iraq, Afghanistan, etc. Despite this important role, Senator Edward M. Kennedy, joined by Senator Sam Brownback in a Congress meeting on October 17, 2001 said the terrorist attacks on September 11 made it clear that the United States current intelligence and terrorism prevention net leaves its members vulnerable to serious security dangers. Strengthening immigration laws should be an indispensable part of the nation’s efforts to prevent future terrorist attacks. Effective immigration and border controls can have a significant impact on our national security. In both Senators views, By making better use of intelligence information to identify high risk individuals who seek to harm us, and ensuring that timely information is in the hands of the proper authorities, this legislation will help the nation meet the serious security threats we face from abroad, without obstructing the free flow of goods across America’s borders or the entry of more than 31 million foreign nationals who legally enter U.S each year as visitors, students, and temporary workers.

To continue,   Undocumented workers, if not used directly to undercut the bargaining position of citizen and document labor, can be used politically and organizationally to fragment labor at several levels. First, they can be brought into competition with negatively privilege citizen labor, most particularly Blacks, Latinos, women and youths. As competitors for the same category of jobs (example in service and retail, trade), undocumented workers provide the equivalent of a decrease in the overall wage levels associated with those jobs or a diminution of minimum wage laws in that sector. The latter strategy provides the equivalent of a reduction in the guarantees of citizenship without directly expressing the battle in those terms. (J. Thomas. 1985.). Also, many opponents of expanded immigration support this idea that the United States does not need a million newcomers each year to ensure a strong economy.

Dan Stein, executive director of the Federation for American Immigration Reform (FAIR), which opposes high immigration levels said “Most immigrants are not well educated entrepreneurs” but “Poorly educated people who take low-skilled jobs for little money”. In steins view, immigration largely benefits employers by providing a cheap and plentiful labor force. Moreover, he says, the newcomers take Americans’ jobs and suppress wage level., However, according to the proponents of immigration “we’re getting a lot of the best and brightest from other countries, and of course these people benefit the American economy because “they are driven to improve their lots” says Bronwyn Lance, a senior fellow at the Alexis de Tocqueville Institution, which works to increase understanding of the cultural and economic benefits of legal immigration. Lance and others say immigrants are more likely to start businesses from corner grocery stores to giant companies- than native born Americans. Even newcomers with little education aid the economy.

Immigrants take undesirable jobs that employers cannot fill with native-born Americans. According to an L.A. Times analysis summarizing the best available research, “immigrants contribute mightily to the economy, by paying billions in annual taxes, by filing low-wage jobs that keep domestic industry competitive, and by spurring investment and job-creation, revitalizing once-decaying communities. Many social scientists conclude that the newcomers, rather than drain government treasuries, contribute overall far more than they utilize in services.” (L.A. Times January 6, 1992)

The studies conducted by the Rand Corporation, the University of Maryland, the Council of Economic Advisors, the National Research Council and Urban Institute all show that immigrants do not have a negative effect on the earnings and employment opportunities of native-born Americans. A 1989 Department of Labor study found that neither U.S. workers in complementary jobs, nor most minority workers, appear to be adversely affected by immigration “The truth is that the challenges we face as a nation have not been imported by our immigrants, nor would they disappear if we could only succeed in sealing our borders for good- even if that were possible. In fact, there is good reason to believe that some of the problems we should take most seriously as a people- from the decline in our economic competitiveness to the decay of our community values- are problems that the new immigrants can help us solve”. (Governor M. Cuomo .1993)

Continue: America and Immigrants: The impact of immigration part 2