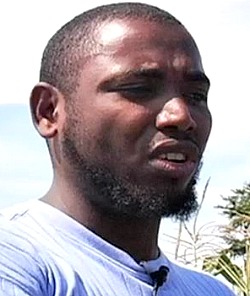 Today I read a very sad story on CNN about how a poor 8 year old American boy lost his life in the Boston Marathon bombing on Tuesday April 16, 2013. Not just that, the sister of this poor boy lost her leg (amputated) while their poor mother remains in intensive care. The mother of these 2 poor child victims is undergoing brain surgery because of a severe injury to her brain. It is a great tragedy and a very sad story indeed and I feel very bad for all the victims of this great tragedy.

Terrorism in my opinion is an act of stupidity and extreme ignorance. I don't want to use the word "illiteracy" why because most of the terrorists in today's world are educated fools. Yes, it is true there are some illiterates in there who don't even know their left from right.

If terrorists were complete illiterates with no brainer behind their evil deeds, we wouldn't have to struggle at all in defeating them.  I personally prefer "stupid fools" because "stupid fools" in my opinion describes terrorists perfectly. Extreme ignorance is nothing but stupidity.

Now back to war on terror. We must all do our parts to help fight terrorists and these stupid ignorant fools who do not cherish life. Why target innocent people who have done nothing wrong to you? Why target poor innocent children like this poor boy in my post? Why destroy innocent families who have done nothing wrong to you? No wise person will do that and that is why I say terrorists are nothing but stupid ignorant fools and that is why we must all help the fight against terrorism.

My great grandfather used to say "If there is no enemy within, the enemy outside can never hurt you".