US politics: How Africans see the Candidates 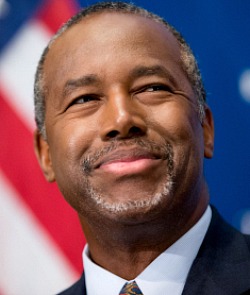 Whatever happens in America affects the entire world in one way or the other. When political leaders make incompetent decisions in Washington, sometimes it is the poor and the weak from the most marginalized corners of the world that suffer the most. In other words, it shouldn’t surprise you at all to read most Africans have started paying more attention to U.S politics.

I personally just started paying attention to politics in general. I had no interest in politics at first maybe because I heard and saw nothing good come out of politics while growing up. I saw politicians as rich, powerful and dangerous and for poor people like me, the best I thought we could do was stay away from politicians and politics.

Barrack Obama’s presidential run really caught my attention.  I used to check the news from time to time to see how far he could go in the race. I started listening to political speeches from time to time and that was when I got hooked. Now, I manage to watch almost most presidential debates and some campaign speeches (thanks to youtube) and I love reading about the candidates in general and what they’re up to.

It is another election season and this time around, I feel a bit more confident talking and discussing politics with my friends and strangers (mostly Africans), learning and sharing with them at the same time. Through the sharing and learning process, I get to know what and where people around me stand on various issues floating in the political atmosphere.  In this post, I will focus on how most of my friends and the people I talk to, see the various candidates running for the office of the United States’ president.

Let’s begin with Dr. Rand Paul on the GOP side. Unfortunately, I seem to be the only one interested in our dear doctor. None of my friends, colleagues and even strangers I talk to, show any interest in Dr. Paul. Although I don’t watch much of his speeches, I somehow like him because of his father Dr. Ron Paul. I am a huge Ron Paul fan. In fact, Dr. Ron Paul was a major reason why I became interested in US politics and I just loved to watch his speeches. He was so full of wisdom and common sense that I wondered why some Americans referred to him as a “lunatic”. Would I vote for Rand Paul for president? Probably yes. In fact, Dr. Rand Paul is one of very few candidates, I would probably vote for.

Most people around me find Dr. Carson’s story of grass to grace the most inspiring of all the candidates’. Although Dr. Carson “suck” on some key issues, his personality and life story seem to overshadow that on the most part. However, some of my colleagues seem to differ a bit. From what they’ve read and heard, Dr. Carson is a “sell-out” who doesn’t identify with his own race. Ask them why and how and they will give 1000 reasons why Dr. Carson is a “sell out” and shouldn’t be president. I personally like Dr. Carson. I think he is quite an inspirational figure and more like the people than the rest of the candidates. I see him as an outsider and so don’t expect him to be as sharp on foreign issues like the other career politicians. Despite all the negative things I read about him in the news, I still seem to like him and would probably vote for him.

"Make America great again" but the question is; can Donald Trump make America great again? Most of my friends believe NO and NEVER. According to most of my friends and colleagues, Donald Trump is just Hitler without his moustache. Most of my colleagues believe Donald Trump would rather make terrorist groups like ISIS great again and that, Donald Trump is the new leader of the Klu Klax Khan (KKK) and his supporters, some racist bunch of KKKs. Although his supporters see him as the sharpest on some key issues like immigration and trade, most of  my friends and colleagues see him as quite arrogant (maybe because of his riches) and some would rather not vote at all should Trump emerge the winner of the primaries. Some see him as a bully and someone who doesn’t care about immigrants and poor people. Although his supporters see him as an anti-establishment, most of my friends see him as part of the establishment and infact, personifies everything the world hates.Trump is Anti-Muslim, anti-Hispanic, anti-Black, anti-Women, anti-Wisdom, etc,. Some think he doesn’t know how to talk to people and some think he is quite disrespectful towards women and people of color. Some see him as quite insensitive and a very bad choice for some sensitive issues. Although most agree Trump knows a lot, some argue much of the stuff he knows are wrong. Would I vote for Trump? No and Never.

Although Senators Marco Rubio and Ted Cruz appear to be the most articulate with better chance of winning, not many of my friends and colleagues appear to see them that way. Most of my friends and colleagues seem to see Rubio and Cruz as candidates already “bought” and “paid” for by the establishment. One of my colleagues recently described Rubio as “… a guy looking for a financial breakthrough and nothing else”, Senator Ted Cruz as “…a liar with a persuasive tongue”, Mr. Jeb Bush as “…well, just another Bush”. Would I vote for Cruz? Well, despite all his preachings and use of the Bible, I still see him as a deceptive figure with a persuasive tongue and so, No and Never. Would I vote for Rubio? Although he doesn't appear to me as deceptive as Cruz, everybody knows he is the golden boy of the establishment already bought and paid for and for the reason, No and Never. Would I vote for Mr. Bush? No and Never.