The Xenophobic attacks in South Africa 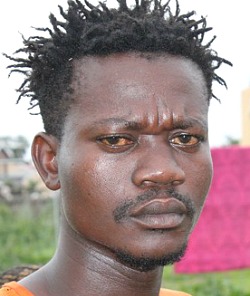 Anywhere you see “South Africa” in the news today, you see the word “xenophobia”. Nobody thought in a million years that Nelson Mandela's "rainbow" nation could descend so low after apartheid. Sadly however, most of us thought wrong. South Africa is gradually descending into a war zone. Xenophobic attacks on migrants from other parts of Africa is not something new in South Africa. It has only gotten worse.

There's been rampant looting and attacks mostly targetting foreign-owned businesses in cities like Johannesburg and Pretoria. Several lives and properties have been destroyed. The African union has condemned it as a "despicable act" and several African nations have advised their citizens to exercise caution while in South Africa.

Some South Africans blame foreigners (especially Nigerians and Zimbabweans) for their socio-economic problems. They blame these foreign nationals for the lack of jobs and economic opportunities in South Africa today. The truth of the matter however is that, most of these South Africans with machetes and clubs killing and looting foreign African nationals, are nothing but a bunch of unskilled, illiterate and lazy scumbags who see xenophobia as an opportunity to loot with no fear. They hide under the banner of xenophobia to loot their daily bread.

The world today is a global village. There is no country in the world today that doesn't have foreign nationals. People will always migrate for greener pastures and there will always be competition. It is part of who we are as humans and it is so sad some South Africans do not see that. What we need to do as humans is to upgrade ourselves with better education and skills so we can compete fairly with our fellow humans. There are some jobs one cannot get even if all migrants depart from South Africa. One of these criminals wielding machetes and cutting people into pieces will never be allowed to operate in a hospital as a doctor and will never be allowed to work on someone's expensive car as a mechanic. Why? Because these are professional and skilled-labor jobs. For one to compete, one has to get the proper education and skills needed. That is where the South African youths need to focus their attention.

Even if South Africa takes things to the extreme and deport all Zimbabweans from the country, that would not in any way give native South Africans the qualification and skills they need to compete with the outside world. So as we can see, it all comes down to the lack of proper education and skills. The people must be educated. South Africans need to be trained so they can get the skills and the qualifications they need to compete with foreign African nationals and the outside world.

Isn't South Africa a democratic nation? Isn't there a rule of law in South Africa? If an immigrant commits a crime in South Africa, what stops the law enforcement agencies from making arrests and prosecuting to the full extent of the law? Should citizens be encouraged and allowed to attack all other foreign nationals just because some selected few committed crimes? That is where the government of South Africa has completely failed.

Jomo Kenyatta 3 years 4 months
South Africans are a disgrace to the rest of Africa. The white man came, killed your people, raped your women, stole your land and all its riches and turned you into slaves on your own land. The white man is now free to stay and enjoy the fruits of your labor. However, the poor black African who came with empty hands, not to kill or destroy but to work hard to better himself and his family, suddenly he becomes the number one enemy facing South Africa? Maybe it is time you guys (I mean black South Africans) wake up and start reasoning. You guys complain you cannot find jobs to do. Meanwhile, you go about burning down businesses. Do you think the jobs will fall from heaven for you to do? Maybe it is time you guys stop lazying about and do something with your hands. If you cannot help build, please don't help destroy. South Africa may appear the most advanced country in Africa but always remember that wasn't based on just your hard work. And please stop blaming black African immigrants for all your crimes because we came to meet the high crime rate in South Africa and what you guys are doing today rather proves that criminal instinct.