The world of COVID: Science and Politics 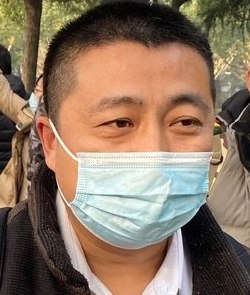 Compared to the COVID-19 crisis in the United States, India, Italy, Brazil, Russia, the United Kingdom, etc., the poor countries in Africa have been spared. Many are saying Africa has been spared because of the continent's hot weather. If that is true then why is India's case so different? With the exception of the northern states of Himachal Pradesh and Jammu & Kashmir in the north and Sikkim in the northeastern hills, isn't India a very hot tropical country?

Many people forget the fact that Africa has dealt with pandemics worse than this before. Many people forget Ebola, HIV/AIDs and others. Unlike in the advanced world where politics sometimes competed with science, Africa had the experience and Africa took COVID-19 very seriously. Borders were closed and travelling was very restricted all across the continent. Unlike in the United States and other parts of the western world where people protested masks wearing, Africans did not hesitate to wear masks and Africans took scientific recommendations very seriously. Maybe the weather did play a part but please let's not forget the bigger picture here.

Now back to America's quest for answers. If the United States is right and the Coronavirus disease (COVID-19) truly came from a lab in China then which labs did Ebola, HIV, SARS, etc. came from? If it is true that COVID-19 was actually manufactured in a Wuhan lab in China as many are saying then maybe Africa should start asking questions too?

After decades of "scientific research", the only explanation the scientific community could come up with was that, some dude in Africa slept with a monkey and that brought about HIV in humans. Which dude are we talking about here and from which country in Africa? Isn't beastiality a western fantasy? When did beastiality come to Africa?

However, this time around, the scientific community is more than ready to find real answers to real questions. Why? Because, America is seriously involved.