The Road to Freedom and Justice: Ghana Leads 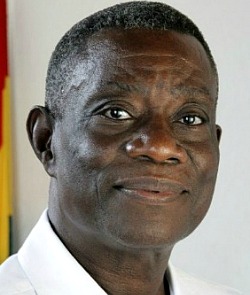 The lying tongue of the great oracle is burning in hot oil while the wondering eyes of the rhesus monkey continue to wonder. The coca plantation is on fire but the rain god is nowhere to be found. The wise is quiet while the fool makes unnecessary noise. This is the story of Africa.

"We copied them not to be like them but to know them and know how to live with them, and that is why we can do it even better than them". Some say "votes were rigged" while others say "ballot boxes were missing". However, I tell you the truth and nothing but the truth that the transparent electoral process that the "small" country of Ghana continue to display, is far "matured" a process than even in the so-called advanced countries where machines and not humans determine who wins.

Even in America, the world's "most" advanced country, votes are often counted in closed doors. In other words, the few who control almost everything in America today, elect their own leaders even before the average American gets the chance to vote. However, in "poor" Ghana, the "poor" votes and the "poor" count the votes. The general public votes and the general public counts the votes, not in closed doors, but in open air so the entire world can see how it is done.

Every now and then you hear political violence in one African country or the other, and the reason is that, we, Africans, allow some greedy monsters the chance to do it their own way. Some are ready to kill their own brothers and sisters so some greedy good-for-nothing beings can stay in power, which makes absolutely no sense at all. We fight unnecessary wars and kill our poor mothers, fathers, and grandparents just so some evil people can stay in power. What is the wisdom in that?

This is why all African countries must come together as one people and learn to embrace wisdom, freedom and justice. Some say it is quite impossible. However, if Ghana can do it, what stops others from doing it too? Ghana has done it right continuously for over two decades, which shows it is quite possible.

Why should we allow ourselves to be ruled by dictators like sheep when we all know Africa is full of "brains"? Why should one greedy monster and a pedophile with the title of "King" continue to enjoy while his countrymen continue to die like flies, not just from extreme poverty and hunger, but also from the deadly HIV/AIDS, tuberculosis, malaria, etc. Swaziland has the highest HIV/AIDS adults prevalence rate in the world today. Not just that, Swaziland also has the highest tuberculosis (TB) rate. People continue to die like flies from preventable and curable diseases and sicknesses in Swaziland today. People continue to die from extreme poverty and hunger. Yet, the poor people of Swaziland continue to bow down to some pedophile they call "king" all in the name of "CULTURE" which is very sad.

Why should the people of Equatorial Guinea allow an evil man like Teodoro Obiang and his good-for-nothing son, Teodorin, to enjoy almost the entire national cake while over 70% of the population continues to wallow in extreme poverty and hunger?

This criminal Teodoro Obiang Nguema Mbasogo has been in power since 1979 and nobody is doing something about it. There is something very wrong somewhere, and that is why I think it is time we all stand up on our feet and say enough is enough. It is time we all learn to embrace democracy like Ghanaians have been doing for over two decades. Ghana is prospering faster than most other African countries today and the reason is because, there is freedom and justice in Ghana. Investors are not afraid to go invest in Ghana because, they, the investors, know Ghana is a lawful place, and they know they will be protected. Tourists are not afraid to go to Ghana because, they, the tourists, know there is law and order in Ghana.

As I pointed out earlier on, it is never too late to do what is right.