The Media Bias and Blackout on Africa 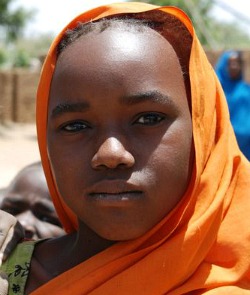 Not long ago, we heard it in the news in Africa and we saw it on almost all the social media outlets out there. It is still on CNN and yahoo news and I know it will be there for a long time. We heard a gunman entered a gay club in Orlando, Florida killing about 49 people and wounding several others. Just like most of you out there, we in Africa also felt bad for the innocent people who lost their lives and we pray their souls rest in peace. I saw on twitter, I saw it on Facebook, I saw on CNN, I saw on BBC, I saw it almost everywhere I went online. I saw tags like “Orlando shooting”, “we stand with Orlando”, etc. and people from all corners of life were showing their love and emotional support. It was sad but also a beautiful thing to see people from all over the world come together like that to show their love and compassion. A similar thing happened not long ago during the mass shooting in France and also during the “Charlie” protests. Once again, we saw emotional support pour in from every corner of the globe. We saw tags like “Je suis Charlie”, “Vive la France”, “We stand with France”, etc. It was once again a very sad moment but beautiful at the same time to see people come together like that.

The question I sometimes ask myself is; why is Africa’s case so different? Did those tragedies I mentioned above receive the attention they received because of their unique nature or because they occurred in western countries? Did the Orlando shooting receive that much attention and media coverage because of its unique nature (minority group, gay people in a club) or because it happened in America? Did the Paris shooting receive that much attention because it happened in France or because things like that don’t often happen in the world? Once again, why is Africa’s case so different? Back to the Orlando shooting. Worse than this happen almost every single day in Africa. Take Northern Nigeria for example. Boko Haram kills several innocent people including women and little children yet I hardly see it on the news and I rarely see any emotional support pour in. Does that mean Africa and Africans are unimportant to the outside world? I don’t mean to be insensitive and please pardon me if you find this post offensive. I personally don’t support homosexuality but that doesn’t mean I hate gay people and for someone to just pick a gun and shoot at people because they are gay, is something quite insane and heartbreaking. I don’t mean to sound insensitive about this issue but considering all the emotional support this tragedy received and what Africa goes through every single day, would it be OK to say the world doesn’t care much about Africa? Would it be OK to say the world sees Africa and Africans as maybe “worthless”?  Would it be OK to say the 49 innocent gay people who lost their lives are more important to the world than the thousands of innocent people who perish in Africa almost every now and then? Why is it that when it comes to Africa, the world reacts differently?

How many of you guys in the outside world heard about the Garrissa University College attack in Kenya last year? On 2 April 2015, gunmen stormed the Garissa University College in Garissa, Kenya, killing 148 people (students) and severely injuring several others. The militant group and Al-Qaeda offshoot, Al-Shabaab, which the gunmen claimed to be from, took responsibility for the attack. This was a university attack and the victims were students. This should have been in the headlines and should have at least received similar emotional support like we saw pour in for the Orlando and Paris victims. The sad thing is that, not so many people even got to hear about this tragedy let alone give their emotional support. That is how the world responds when it comes to Africa and that is how the world often acts when Africans are involved? The media doesn’t show much and the emotional support rarely comes in when Africa is involved. When it comes to the case of Africa, there is often a media blackout.

Also, why do some media outlets repeatedly refer to Africa as a country? Why do some major media outlets like CNN, BBC, NBC, ABC, Fox News, etc. talk about Africa as if Africa is some small country? Take Fox News for example. Fox News anchors repeatedly refer to Africa as a country. Not once, not twice, but several times. Are the people working for Fox News professionally “dumb” or just a conscious attempt to degrade Africa?