The Gods must be drunk: Uganda today 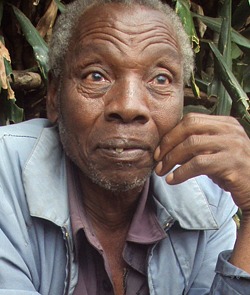 The wisdom tongue of the great antelope keeps whistling in the air while the mighty paws of the sapient lion remain at rest.The fruitless sack of the great oracle keeps dangling in the wilderness yet the wondering mind of the great owl refuses to wonder. No, the gods are not crazy. The gods are just drunk.

Waragi is Uganda's number one gin locally distilled from bananas (sometimes from sugarcane, millet, cassava, etc.) but stronger than the buffalo. The power of waragi is like that of a magnitude 9.5 earthquake and only the Most High has the power to stop it once it strikes. Waragi just like fire starts gently as a good servant but quickly turns into a very bad master capturing the brain and the nervous system and kicking the body like a football. In some very extreme cases, the merciless waragi also knocks out light out of its victims leaving many drunk, powerless, and blind.

Thanks to the great waragi and its disciples, Uganda is now the drunkest place on earth. According to the World Health Organization, Uganda is the drunkest place on earth based on per capita alcohol consumption with adults consuming at least 5 gallons a year. According to recent statistics, the economic and social harmful impacts of alcohol (mostly waragi) in Uganda today may be worse than even the deadly HIV and Malaria combined.

Some people drink alcohol just to hide away from their problems and in a poor country like Uganda, it is quite easy to understand why almost the entire population continues to live and "survive" on waragi even after knowing very well some of the harmful effects of waragi which include blindness and death. It may however surprise you to know that even the politicians in Uganda today use alcohol hand-outs as a means of getting more votes. In other words, those in power who were supposed to be helping overcome this waragi problem are the same people who keep fueling the problem.

A few may disagree but facts and statistics don't lie. The president of Uganda, Yoweri Museveni, is one of the most wicked, most greedy and most corrupt leaders in Africa today. Museveni has been in office for almost 4 decades (assumed office on January 26, 1986) and has done almost nothing good to better the living conditions of his poor countrymen. Just like most greedy and corrupt leaders in Africa today, Museveni continues to brainwash the poor and the masses and stabs the public in the back. Museni loves life and lavishly enjoys life with his immediate friends and relatives while the poor average Ugandans continue to drink themselves to death.

Uganda is an oil rich country rich in several other natural resources yet Uganda continues to wallow in poverty due to poor leadership, corruption and illiteracy. Just like in Equatorial Guinea, the selected few continue to enjoy while the poor continue to die in extreme poverty and despair.

In Africa, it is a great taboo for a man to put a gun to his head and blow himself up.  No proper funeral rites are performed for such deceased people. However, drinking yourself to death is considered "natural" in most cases in Africa. And that my friends, is why most desperate people in Uganda have resulted to waragi. It helps avoid the bullet route and it is the surest way to die "naturally".