The Future of Africa: The New Africa 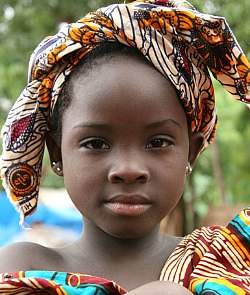 There are poor people in Africa and Africa needs help. However, there are even poorer people elsewhere in the world who need much more help than the poor in Africa. The western media often portray Africa as the dark continent full of nothing but poverty, hunger, pain and misery which is not the case.

Take China for example. China is often classified as an advanced country but there is extreme poverty in some parts of China (especially rural China). Even in America, the richest country on earth, some people sleep on streets just because they have no place to call a home while the few extremely rich people continue to pile billions upon billions of dollars in private bank accounts. It may not be as beautiful and flashy as some homes in the western world but in Africa, almost everybody has a place to call a home.

Is Africa poor? Yes, Africa is poor. Are there hungry people in Africa? Yes, there are hungry people in some parts of Africa. Why is there still hunger in Africa? Well, there are so many reasons why some people still go to bed hungry in Africa. I came across this question online; "What happened to all the donations and foreign aid they've been sending to Africa?".

Well, if you want to help the poor in the society then always look for a direct means of contact so you can help them directly. People keep donating huge sums of money to charity organizations to help feed the hungry people in the world today but what do we see? people still go to bed hungry.

It may surprise you to know that the CEO of UNICEF receives not less than $1,200,000 per year plus all expenses, and a Rolls Royce car where ever he goes. Meanwhile, even the president of America makes "just" $400,000 a year. Not just UNICEF. Even the head of the American Red Cross is paid not less than $650,000 a year plus expenses. I can go on and on. That is how most charity organizations are run today and that is why millions of people including tiny little babies still go to bed hungry despite all the billions in donations.

What about the foreign aid? Foreign aid may appear free to some people but the truth is that, none of the foreign aid poor countries receive is free. For every dollar ($1) in aid a developing country (such as the poor countries in Africa) receives, the developing country spends at least 8 dollars ($8) in repayment. Foreign aid is worse than regular loans because of the huge "hidden-interest". Some countries in Africa, especially the war-torn countries like Liberia, Congo, Sudan, etc., have nowhere else to go for loans and that is why they still depend on foreign aid. It is a financial trap.

If you read about debt cancellations for poor countries, you may think western countries like America, Germany, France, UK, etc. forgive those poor countries without getting anything in return but that is not how it works in reality. They may forgive you of the $100,000 loan but they'll take about $100 million worth of timber and other natural resources in return. China is in Africa building bridges and constructing roads and some people think they are doing it for free which is not true. For every road China constructs, China will take huge "tons" of natural resources in return. Read more about How Foreign Aid Destroys Africa .

Africa has the natural resources and what it takes to be the greatest continent financially yet people still go to bed hungry in Africa. Why? It is because Africans depend on western countries more than Africans themselves. Instead of putting our brains together and utilizing the available natural resources to better our lives, we give western countries and corporations free access to our raw materials and resources while we suffer.

Meanwhile, if Ivory Coast imports those chocolate-making machines and starts producing the chocolate in Ivory Coast, they could sell these chocolates at reasonable prices to foreign countries and make more profit.

Agriculture and education are the backbone of every country on earth yet most African governments ignore these sectors as if they are unimportant. Africa has so much fertile land yet we still go hungry. Instead of developing Agriculture and improving education, our politicians waste money on luxurious vacations abroad with their sex partners. Instead of developing Agriculture and education, African leaders waste precious money and time developing their goat-bellies. It is time we do away with all these greedy leaders in Africa because there is no way Africa can escape the poverty trap and prosper with those greedy creatures as our leaders

Lets put our time and energy into good use. Africa has done it before so we can do it again. Lets come together as one people with a common destiny and fight for a better Africa.

Tanu Jalloh 4 years 3 months
Africa must move beyond its natural resources to harnessing its human and manufacturing potentials. According to a recent report by Ernst & Young: Due to volatile nature of commodity prices, an over-dependency on a few key sectors clearly raises questions about the sustainability of growth. Despite perceptions to the contrary, less than one third of Africa’s growth has come from natural resources.