The dumber side of Human Beings 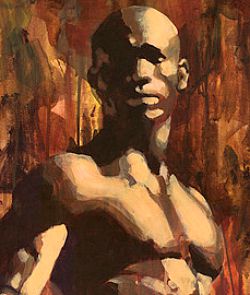 My uncle takes away food straight from the mouths of hungry lions and he does so with neither gun nor spear but with courage, great determination, and wisdom. He is an expert in what he does. Not because he is wiser than the older ones surrounding him but because he is good and knows better what he does best.

Taking a kill away from the mouth of a male African lion is just like pointing a well-loaded gun very close to your head and placing a toddler's finger on the trigger. Not so many people are "dumb" enough to venture into such a dangerous business. But on the other hand, it is a huge mistake to refer to my uncle as dumb. My uncle ventures into this extremely scary business not to hurt those lions but to benefit from their existence and my uncle does so and makes it seem as easy as drinking water.

It may sound quite scary and crazy to most of you but my uncle feeds his hungry family with this technique, a technique he learned so well from my great grandfather. In a land where only powerful paws and majestic claws make kills, we humans with neither paws nor claws must look for other ways and means if we are to eat meat and that is what makes my uncle's scary technique such a life-saving technique. Once again, my uncle successfully carries out this scary technique of taking portions of lions kills not because my uncle is wiser than my other older relatives but because my uncle has specialized in this technique to the point where he executes it so successfully without errors.

Now back to the main purpose of this article. Someone said to my face just a couple of days ago that black people are very dumb. When I asked why? He explained that, black people are so dumb and that is why white people took us for slaves and continue to manipulate our lives. I did not get offended not because I thought he was right. I did not get offended because, he (a white person) did not sound "intelligent" to me. If he was as smart and as intelligent as he thought he was, he should have known that the entire human race is dumb and not just black people.