The children of Africa and their dreams 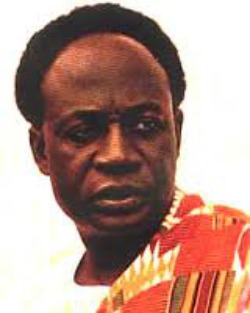 Most of us dream because dreams are free to dream. Some of us manage to dream achievable dreams while others just dream dreams.

One of the greatest children of mother Africa Martin Luther King Junior had a dream several decades ago. Although his dream appeared impossible, his dream was an achievable dream which took several decades to manifest. Although he may be dead and gone, Martin Luther King's dreams are coming through because his dreams were achievable dreams and above all, Martin Luther King Junior died for his dreams. Another great son of mother Africa Nelson Mandela had a dream which took several years to come through. For some dreams to come through, one must pass through hell and that was exactly what this good son of mother Africa did. Nelson Mandela passed through several years of pain and torture in a prison built on his own mother's land.

Not just these two good sons. There are several other great sons and daughters of mother Africa I cannot mention here because that would take me several years just listing them. Although I don't have time to list them all, I just cannot end here without mentioning one of the greatest daughters of mother Africa Wangari Maathai; a champion, a fighter, and the first female Nobel Prize Laureate in Africa. Maathai passed away just a few months ago but she still lives in the bosom of her beloved mother Africa. Maathai fought against several odds. Even when all things appeared impossible, this great daughter fought bravely just like mother Africa thought her to do. She fought and she won.

Dr. Kwame Nkrumah of Ghana dreamt this dream. Our late senior brother Bob Marley had this same dream. Reverend Desmond Tutu continues dreaming this same dream and above all, our very strong but "wicked" brother, father, and grandfather Moammar Gaddafi who passed away just a few days ago had this same dream too. Several sons and daughters of mother Africa continue dreaming this same dream but the sad thing is that, this particular dream never comes through. I personally believe one day this dream will come through. It is taking too long but it will come through why because it is an achievable dream and because several sons and daughters of mother Africa have died just protecting this dream and I believe one day God will make this our dream come through. What do you think? Do you dream this dream too?