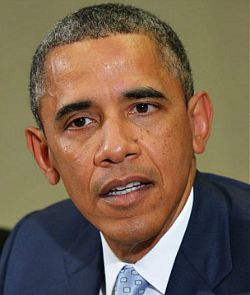 I may not be a Bush fan but I still believe it is fair to give credit where credit is due. No American president (past or present) helped or has helped Africa more than former president George W. Bush. To some, former president George Bush failed the world miserably (especially the United States and the Middle East) in several areas. Bush declared meaningless wars, and signed the ‘death sentence’ of several innocent people including innocent women and children (especially in Iraq, which some say he did all because of oil).

Bush’s foreign policy was a disaster in the Middle East and he failed Americans right home on American soil (especially during hurricane Katrina). Bush’s economic plan almost sent the United States into a depression. I can go on and on. This seems to be the lasting image in the minds of hundreds of millions of people all around the world and the capital letter ‘F’ for ‘failed’ often comes to mind when people hear the name George Bush.

It may however surprise you to know that there was no better guy than George Bush when it came to Africa. No American president, whether past or present, cared about Africa more than George Bush. Although George Bush scored ‘F’ in the outside world, he scored a strong ‘A’ in Africa not just in words but most importantly, in works.

When President Bush came into office, he already had a major plan for Africa as a whole and right after he took office, he began putting those plans into action.

Africa had several civil wars going on by the time Bush took office. There were civil wars going on in Liberia, in Congo (now 2 Congos), in Sudan (now 2 Sudans), in Angola, and also in Sierra Leone. President Bush realized the need to end those wars as soon as possible if he were to score any good grade in Africa. President Bush got into action immediately after taking office and worked very hard to end those civil wars in the first term of his administration and by the end of his first term, all those civil wars were over. The ending of those numerous civil wars enabled President Bush to launch a very aggressive development program during his second term in office.

When HIV/AIDS was spreading like wild fire across Africa and killing people in record numbers, President Bush stepped right in with the President's Emergency Plan for AIDS Relief (PEPFAR) to provide antiretroviral treatment and care for HIV/AIDS patients primarily in Africa – A program credited with saving millions of lives. Former president Bill Clinton also deserves some credit here. Both Bush and Clinton also helped a lot in the fight against malaria -- another major killer disease. Both Bush and Clinton increased development funding for the continent in several sectors especially in the areas of education, agriculture, security, etc.  Also, the African Growth and Opportunity Act which allows for duty-free imports to the U.S. from eligible sub-Saharan countries began under President Bush.

President Barack Obama is half African so in some very unfair way, our expectations were insanely huge. Yes some even saw him as a “Messiah” anointed by God to bring peace and prosperity to Africa and the world in general. Yes we as Africans were expecting something huge. This was somehow unfair to Obama compared to the expectations we had of other American presidents before him. For example, we were expecting very little from George Bush. Amazingly however, we had more than we could hope for. In the case of Obama, we were expecting much more but unfortunately, we have received very little so far.

The ‘Obama fever’ remains alive and well in some parts of Africa especially in Kenya his ancestral home country. Meanwhile, in some other parts of the continent, the fever is gradually turning into some kind of a ‘yellow fever’. To be fair to the readers, I was a huge Obama fan and for some reasons remain an Obama fan.

Although some may argue the otherwise, the reality is that, Africa remains a relatively lower priority issue for most of the political establishment in America today and that unfortunately reflected in the Obama administration's foreign policy priorities. President Obama failed Africa miserably during his first term in office. Some defensively argue Obama had a lot on his hands. With two major wars and a bad economy, there wasn’t much he could do for Africa some argue (which is quite understandable). However, that doesn’t add much to the score card as far as Africa is concerned and I think it is fair enough to give Obama a mid-term grade of ‘E’ as far as Africa was concerned.

Obama stepped up his game in his second term with ‘Power Africa’ being one of 3 major initiatives. Power Africa without any doubt remains Obama’s most substantial initiative on the continent since he became president. Power Africa was launched somewhere in 2013 with the goal of doubling access to electricity in Sub-Saharan Africa. According to the Obama administration, the more than $7 billion investment over a period of five years would increase access to electricity by at least 20 million new households and businesses. Obama stepped it up the following year by tripling those initial goals to 60 million electricity connections and 30,000 megawatts of energy during the first U.S-Africa Leader’s Summit in Washington, D.C.

Also, in response to the Ebola crisis in West Africa (2014-2015), Obama ordered U.S resources to respond to the massive outbreak.

Although Obama stepped up his game, it is obvious his African legacy needs some polishing and maybe some ‘makeover’. Some argue his African legacy may take years to build but will eventually bear fruits. His signature move ‘Power Africa’ and several other initiatives are yet to come to fruition. Some believe Obama will spend time in Africa after leaving office. We just have to wait and see what he does next.

To conclude, there was no better guy than George Bush as far as Africa was concerned and deserves nothing but a strong ‘A’. President Clinton did great for Africa while in office and continues to do great. I remain a huge Clinton fan and I think he deserves at least a ‘B+’. President Obama stepped up his game but most of his great initiatives are yet to come to fruition while others remain in theory. Time is not on his side but it's obvious he's keen to spend more time on the continent now that he's out of office. With conflicts heating up again across the continent in places like Sudan, with Boko Haram, Al Shabaab, ISIS and other terrorist groups threatening several lives and properties in Africa today, I think it is fair to say President Obama has not been as ‘transformative’ as former President George Bush as far as Africa is concerned. For the sake of initiatives like ‘Power Africa’, ‘Feed the Future’, and a better tomorrow, I think President Obama deserves a 'C' on his African legacy score card.