The African Hunter and the hunting profession 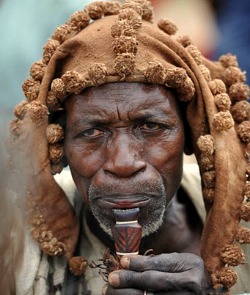 In the western world, hunting has become just a hobby and in some cases just a game to entertain the public. The main purpose of hunting in Africa however remains just as it was in the beginning of time. We hunt for food. Hunting without a doubt is one of the oldest professions (if not the oldest of them all) in the history of mankind and it remains just the way it was in the beginning of time in Africa.

Long ago, all humans used to hunt and gather for food. It was a universal profession and in some cases more than just a profession. Hunting was a survival technique and in the age of 'survival of the fittest', it became very necessary for every man born of woman to learn at least the basic rules and techniques involved in hunting. So we hunted for food in the wild and we hunted for shelter. In some cases, we even had no choice than to hunt our enemies down so we could survive.

Even the clothes we wore came directly from hunting. In other words, hunting was the most important of all professions you could think of.

So how does one become a successful hunter in Africa? Well, that is a very broad question but I will break it down. Hunting has always been a family tradition in Africa and it is passed on from generation to generation. Although there have been several female hunters in the history of man, hunting has always taken the face of man. In other words, hunting has always been a masculine profession or a profession for men. In Africa, children born into the family of hunters often inherit the profession from their fathers. In other words, hunting as a profession in Africa, is often passed on from father to son. In some societies especially those who practice matrilineal inheritance (for example the Akan people of Ghana), boys often learn the profession from their maternal uncles. Those who were not born into family of hunters can also take hunting as a profession by learning from their master hunters. Even in the olden days there were several schools of hunting across the continent who taught people the art and skills involved in hunting.

Hunting in the olden days in Africa was a much respected profession. Hunting in the olden days combined several other professions. In the age where there were no policemen and soldiers to protect the people from invaders, several communities in Africa depended on the services of hunters who were always at the forefront in battlefields. In Africa, you could not possibly be a hunter without the basic knowledge of plants and animals and above all, the use of herbs, roots and barks of plants, etc. to treat diseases and ailments. In other words, most hunters also served as the "medicine men" for their various societies. Although these services are no longer required in the big cities and towns, several villages and small towns across Africa still depend on their hunters. For example, Hunting remains a major source of food on the Kalahari Desert especially among the San People (formerly known as the Bush men).