Religion in Africa and the harmful effects 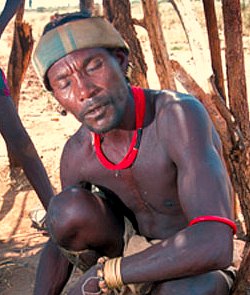 eligion is the most popular business in Africa today. Because it is "written" the devil or Lucifer is the root of all evil, we blame the devil for almost all our problems. We blame someone or something we cannot even see with our eyes as the cause of all our problems. Is that wisdom? I don't think the devil is the root of all illiteracy and stupidity and I think sometimes we just over-blame the devil for no good reasons at all. Instead of blaming ourselves for our stupidity and ignorance, we blame the poor guy just because it is "written".

Some may call me the assistant "Lucifer" for making this post but I still believe sometimes we just have to say it the way it is. Religion is doing more harm than good in Africa. Religion continues to tear Africa into pieces and I don't think Africa can prosper under the dark shadows of religion.

Some may say we were illiterates for believing in ancestral spirits yet most of these so-called literates believe in saints forgetting that saints are also ancestral spirits. There was a sense of fear but discipline within our communities before the arrival of Christianity, Islam and the others. We cannot throw away the African traditional religion or voodoo because it is part of what makes us Africans and it has been with us since the beginning of time. There are some barbaric traditions that we can and must do away with. Barbaric traditions such as female genital mutilation, etc. are some of the bad ones we can and must do away with. To sum it up, the African traditional religion has done more good than harm to Africa.

Every poor man wants to start a church in Africa today. Why? Well, it is because, starting a church is the easiest and fastest money-making method in Africa today. There are so many pastors, bishops and even popes roaming about in Africa today. The sad thing however is that, almost all these so-called men of God are full of nothing but evil. They come in suits sometimes in white gowns dressed like saints but agents of the devil ready to destroy Africa just to make money. These so-called men of God deceive people especially the illiterate poor in the villages and small towns and even the so-called graduates in the cities all in the name of God. Most carry Bibles which they cannot even read yet they refer to themselves as men of God and instead of preaching the good news to the people to help better their living conditions, preach hatred and fill the hearts of people with fear and evil intentions all for the sake of money.

Bernie Helsby 4 years 4 months
Mainstream religion is rooted in tradition, divisive political agendas and cultural bias! It has no bearing on scriptural truth or Jesus life and ministry and therefore will receive its judgement in full! The book of Revelation clearly shows the reasons why Gods Kingdom ( Heavenly Goverment) in the hands of Christ Jesus will put the record straight once and for all times regarding his Fathers will and purpose for our beautiful earth

chengetanai gutsa 4 years 4 months
The issue of religion is controversial. Westerners failed to accept that during the dawn of colonization, mission at first instance failed to convert Africans just because of language barrier, hence labelled African religion, pagan and depicted Africans as people without religion. Africans had religion but the way they practiced their religious beliefs were magical and fearful.

Fred Snr Addo-yobo 4 years 4 months
Even if you abolished Christianity, Islam, etc the human being will still have his/her basic animal instincts -survival of the fittest or is it the greediest? We will find other channels to self destruct. Non Africans should not pontificate; they've engineered two massive world wars and have prepared for a third.

Jimmie Blurck 4 years 3 months
It is not wrong to say religion has brought about some conflicts, but it's very wrong to state that it's because of religion that people can now disrespect parents, take away wives and etc. There's a very clear boundary between globalization/ urbanization and religion. Just because foreign religion came along with globalization and urbanization causing a shift in terms of behavior and norms doesn't mean that it's the root cause of change. Blaming foreign religion can be equaled to "blaming lucifer" for your troubles, something you can't see blaming foreign religion for all your social vices just because "you think so".

It is due to globalization and urbanization that we get to see every tom dick and Harry trying to start a ministry that will "elevate you to heaven with immediate effect " but it's just because they need to cope up with urbanization and see that as an escape root. Let's not blame religion, it's urbanization that's the root cause. Culture has never been static, and certainly no static culture has survived history. There's literally NOTHING TO PUT BLAME ON as change the unavoidable

Triston Russell 4 years 3 months
Dear Author, I don't know who you are but you are very very wise. I think that you have asked some profound questions. Religion seeks to divide and not unite. Africa needs unity and wisdom. Politicians need to be accountable (and not blame a biblical "boogie man"), and when people commit crimes against their fellow man, I suspect that the solace of heavenly forgiveness does nothing to deter this wickedness.

Nathaniel Ijioma 4 years 3 months
Religion does not make sense because everything you know about any religion on earth, SOMEONE TOLD YOU ABOUT IT—It should be a major crime to indoctrinate a child into some religion. Religion has no scientific basis whatsoever. You cannot test nor verify it anywhere in the universe. You only need to read the so called holy books and wonder whether the author is deliberately insulting your intelligence: such childish outdated fairy-tale nonsense that, obviously, might have had some effect on an ancient unsophisticated primitive mind.

This is why we must study accurate knowledge and gain valuable expertise, based on fact—find the cure to an incurable disease, eliminate human suffering, invent innovative utilization of renewable energy supplies, etc. We should spend most of our time playing our own part in valuable economic exchange, not in religious dogma. If all we learnt our whole life was religion, the human race would be eternally backward.

Rebecca 3 years 9 months
I feel sad for the poster because he does not understand or know the truth about God. God, Jehovah, who created the world, and sent his son Jesus, to die in your place so that your sins would be washed away, and you would be able to spend eternity in Heaven with Him.

Religion is man-made. But just because you don't like religion, don't turn away from seeking the TRUTH about God. Your eternal life after death rests on Jesus. The Muslims' eternal destiny is dependent on Jesus - someone they don't believe is God but just a prophet. The atheists' eternal destiny is dependent on him choosing or rejecting Jesus. Everything in this life is about Jesus - all things were made for him and through him. Just because someone doesn't believe the sky is blue, doesn't mean the sky isn't blue.

Unfortunately, ancestral worship was a man-made tradition that does not please God. God is all mighty, and no one else should be worshipped besides him. The ancestors cannot do anything for you since they are dead. They cannot appreciate your respect paying or your sacrifices - they are either in Heaven or Hell based on their acceptance or rejection of Jesus. Jesus was the last sacrifice for all sins - there is no need to sacrifice anymore since he paid it all for you and for me. The choice is yours, whether to accept him and him alone, or to choose the alternate, which surely ends in hell. It's just the truth, and a warning made in love. xx

Chilombo Justine 3 years 5 months
Religion just like faith is an expression of one's ignorance about a life not so clearly understood. Most of the things we talk about in religion are just assumptions that we claim to be true. People have failed to understand life and attempt to understand it by coming up with something that is conventional though can't be proven. Religion is full of hypocrisy. That is why even Jesus warned the Pharisees that they were hypocrites.

Andile meshack 2 years 6 months
Religion is the weapon of the white western, eastern and arab nations to colonise, enslave, indoctrinate, culm down, justify, and conquer Africa and Africans. You'd pray to these people's God or Allah, and as an African you'll reap nothing except bad luck because your own Ancestors have turned their backs against you for leaving your own traditions and cultures that have served them for millions of years on this earth. Your preachers, pastors, and imans are just deceiving you into believing that you are meant to enjoy heaven when you are dead but in the meantime give them all your money for them to give you a ticket to enter those heavens...A GREAT DECEPTION!!!

Sherrie thee Njeri 1 year 5 months
I think you really need to experience God in order to truly understand him. Based on your post, you sound like you are bitter about something that has happened to you, but there is no love greater than the love of God. Personally, I've experienced it and I truly believe God is alive and God is the root of all goodness that still exist on this planet. As humans, we need hope. As Christians and Muslims, we have to have hope. Otherwise, what is the essence of life? There isn't any action that has no consequences. In school, when you study well and you do good, you are rewarded. The laws of a country dictate that, if one doesn't follow them, you'll be thrown to prison. Why then do you expect there to be no consequence to God? Aspire to live life in a good way. There isn't a greater reward than one which comes from that.
All the best