Poverty in Africa: The Stats and Facts 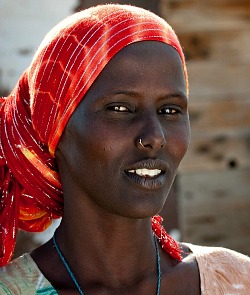 Africa is poor and there is no doubt Africa is poor but the question is, WHY IS AFRICA POOR? It may surprise you to know that Africa is not the poorest continent on earth as some people generally put it. In fact, Asia is far poorer than Africa. The Indian sub-continent alone contains more poor people than the entire continent of Africa combined. According to recent statistics, Asia contains about 60-65% of the world's poor population. Africa on the other hand contains just about 20% of the total population of poor people in the world today. According to recent statistics, Asia is not just poorer than Africa in terms of numbers but also worse than Africa in the intensity of poverty. In other words, Asia is far poorer than Africa not just in number but also in levels (how extremely poor the poor people are) of poverty. The poor people in Asia live under worse conditions than the poor people in Africa but that is not to say Africa is far better off why because there is no 'good' poverty and there is no 'better' hunger. Poverty kills and hunger kills and the only way out is having nothing to do with poverty and hunger.

It may surprise you to know but to give you a rough idea, about 20% of people in highest-income countries consume about 86% of the world's resources while the bottom 20% consume just around 1.3%. Almost one person in five (about 1.2 billion men, women and children) are currently living in a situation of extreme poverty and hunger, surviving on less than $1 a day. Not just that, about half the people in the world today are trying very hard to manage below the poverty level of just $2 a day.

When it comes to Africa, statistics are often a "tragedy" in the sense that, statistical figures reveal almost nothing at all about the reality of the situation. Westerners often fail miserably when it comes to evaluating Africa as a continent why because they (westerners) often judge Africa based on their (western) standards which is quite wrong why because Africa is a different continent with own standards.

The UN, the IMF, the World Bank, etc. often evaluate countries in Africa and Africa as a whole based on GDP figures alone which is very wrong taking all things else into consideration. GDP figures may reveal a lot about western countries but not Africa because once again, Africa is a different continent with different standards.

Ghana was often considered one of the poorest countries in the world not that Ghana was that poor. Ghana was considered extremely poor by westerners and the reason was that, Ghana had a low GDP. Ghana had a low GDP figure not because Ghana was that poor. The painfull truth is that, the UN and co were using a very "flawed" system in evaluating Ghana. Ghana just like several other African countries today was still using the extremely "flawed" 1960s UN system of evaluation which reduced Ghana's GDP by about 62%. Ghana decided to upgrade its UN system of evaluation to the 1993 system just a few years ago and it was then that western and local economists discovered the great error. It was discovered that Ghana's actual GDP figure was 62% higher than previously thought. Ghana is now a middle income country. When it comes to Africa, the proximate causes of the problem with statistics are: weak capacity in countries to collect, manage and disseminate data; inadequate funding; diffuse responsibilities; and fragmentation, with many diffuse data collection efforts. So in the end, statistics often reveal not the reality but the "official truth" which is nothing but lies.

Another major problem with the western way of evaluating Africa is that, statistics are often political in Africa. In other words, statistical figures often glorify some corrupt governments in power and not the reality of the situation. Here is an example. According to the World Bank and the IMF, Equatorial Guinea has a higher GDP income than any other country in Africa. However, as we all know, Equatorial Guinea remains one of the poorest countries in Africa today with about 70% of its population living in extreme poverty and hunger. The president of Equatorial Guinea Teodoro Obiang Guema Mbasogo is one of the worst leaders in the world today. He is a dictator and has been in office since 1979 using deception and brutal force as the main tools in oppressing the poor and the weak. He and his extremely spoilt and corrupt Son Teodorin continue to enjoy while their poor but innocent countrymen continue to die in extreme poverty and hunger.

Once again, I am not saying Africa is not poor. Africa is poor and there is no doubt about it. All I am trying to say is that, Africa is not that poor as the western media often portray the continent to be. Africa is not one country as some westerners think. Africa is a continent of about 56 different countries. Some countries are poorer than others and it doesn't make much sense to generalize the entire continent based on a selected few. Countries like Somalia, Burkina Faso, Liberia, etc. are extremely poor. However, judging the entire continent of 56 countries based on the conditions of the poorest 10 is something very unfair. Unfortunately, this is how western economists evaluate Africa as a continent.

Once again, Africa is poor and there is no doubt about it. However, the question remains, why is Africa poor? Africa is poor because we Africans are not ready to get out of poverty. Our leaders are extremely corrupt and unreliable yet we continue to bow down to them. We have the resources and all it takes to be the richest continent on earth yet millions continue to die in extreme poverty and hunger. The answer to our problem is quite simple. No outsider can come fix Africa for us. Unless we take the blames and start thinking for ourselves, we shall forever remain in poverty. Some people especially westerners often blame population explosion as the root cause of poverty in Africa forgetting the fact that Africa is the second largest continent in the world but with a population of just a little over 1 billion people. Population explosion isn't a "major" reason why Africa remains poor. The major reason here is poor leadership and corruption. Why should we allow some greedy bastards to enjoy why we continue to suffer? We work and sweat all day and night yet continue to die in extreme poverty and hunger why because we have given those greedy leaders the chance to manipulate our lives like robots. It is time we wake up and start thinking.