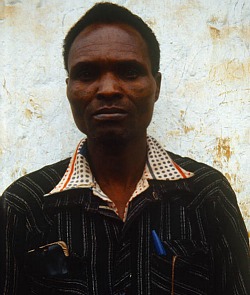 Generally, it is assumed that the performance of any employee (public or private) will depend to some measure on how he or she is compensated. Basing on that logic alone, "sensible" governments need to give priority to the issue of pay. However, there is a counter proposition that monetary rewards to public servants cannot act as a motivator to enticing public servants to maintain and improve their performance.

In most under-developed countries, civil servants are often paid very minimum wages under poor working conditions; long working hours, no compensation in case of injuries, congestion in industries leading to deaths and injuries in case of fires and high spread of diseases and high turn-over rate of workers. Although the conditions are this poor, people still have to bribe their way into the work force.

For many years,  Tanzania has embarked on serious reforms to public service which has seen improvements in quality and service delivery by public servants. This is after the government realized that their pay was too low and uncompetitive as compared to other workers.

The decline in pay and weakening of incentive has lead to many consequences;

1. De-motivation of civil servants at all levels.

3. Weakening of accountability and control mechanisms.

In addition to the reduced work effort, low and declining pay may reduce good will, increase ill will and motivation to engage in counter-productive behavior; not support increased production, service delivery, good fiscal management and tolerance for 'deviant' behavior including time theft and corruption. Public servants adopted various income maintenance strategies in their attempts to offset the effects of real pay reductions on their standards of living. These included;

Employment of such income maintenance strategies has led to poor service delivery, quality and accessibility. It has also increased the cost of providing public goods and services, reducing the quantity of publicly provided goods and services, increasing the incidence of user charges on public services that had been otherwise provided freely.

2. To raise the salary and other compensation benefits of its top public servants to levels consistent with the requirement to recruit and retain the best qualified personnel in its service.

To achieve the above objectives, the government had to adopt a medium term pay strategy which included 3 key elements;

1. Adoption of a medium term target salary structure that systematically enhances pay for all public servants, particularly those who were disadvantaged as a result of elimination of most allowances.

2. Undertaking of a job evaluation exercise to facilitate improved link between pay and performance.

3. Adoption of a Selective Accelerated Salary Enhancement, this scheme targets salary enhancement to key professionals, technical and managerial personnel whose efforts are critical to the improvement of service delivery, management of the reform efforts and production of strategic government outputs.

As you read this you may wonder what led to all these problems. CORRUPTION. There are two types of corruption in the public service; routine or 'petty' corruption which is commonly known as bureaucratic corruption and 'grand' corruption. Routine corruption is the acceptance or extortion of bribes, embezzlement, illegal use of public resources by low-level civil servants. Grand corruption is the misuse of public power by heads of state, ministers and senior officials for individual gains resulting in large scale misappropriation of funds.

The environment in the local government authority favors the evil practice; rigid and bureaucratic rules and regulations which often lack clarity, unregulated discretion which provide opportunity for its abuse, loopholes in the existing legal and regulatory frame work making compliance difficult and inadequate pay and poor working conditions.

Although the government is making a lot of efforts to fight the vice by adopting several reports and forming commissions, it seems it's an uphill task.

The writer is an AfricaW Group member and activist based in Nairobi, Kenya.