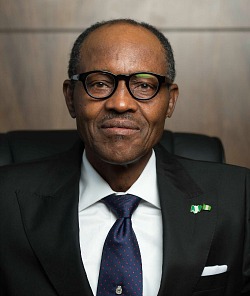 Several millions of registered voters came out in their numbers somewhere in March 28-29 2015, lined up and waited hours and hours under the hot sun and in the pouring rain, sometimes with bullets flying over their heads, all in an effort to vote for change and not just change but positive change. They waited and voted for the man they felt could bring the change Nigeria needs.

They waited patiently and watched while every vote was counted.

They voted and voted massively for Nigeria's retired major army general Muhammadu Buhari whom many had come to see as the “Messiah” and the “Junior Prophet” Nigeria needed. Nigerians needed "change" and so voted for nothing but change. We are now in the second term of the Buhari administration.

And what if at the end of the day the Buhari administration performs worse than the previous administrations including his own military government of 31 December 1983 to 27 August 1985 (after taking power in a military coup d’etat)?

Although several factors contributed to why President Jonathan lost the elections, all those factors converge at a point but to make things easier to understand, I will like to group them under two categories. The economic and the security factors.

As most of you know, the number one reason Jonathan lost to General Buhari was the issue of Boko Haram but that was also perhaps the number one reason most Nigerians got wrong. We cannot fully discuss the issue of Boko Haram without first mentioning illiteracy. Even their name implies. “Boko Haram” which simply translates “Western education is evil”, hates quality/proper education.

Although some Nigerians saw Jonathan as a weakling, Jonathan understood the issue of Boko Haram perhaps better than we all thought. The problem of Boko Haram is a problem of ideology and you cannot fight an ideology with a gun. It takes proper education to fight a dangerous ideological “tool” like Boko Haram. Jonathan got that part right and we could all see that in the number of schools he erected in northern Nigeria especially in the Boko Haram infected areas.

The point I am trying to make here is that, although most Nigerians voted for General Buhari because of his military background, General Buhari cannot win the fight against Boko Haram with just a gun as some of us think. In other words, if General Buhari continues approaching this issue from just the military point of view, then he will fail miserably. Military action is needed but just to suppress the activities of Boko Haram for the time being. However, in order to eradicate Boko Haram from Nigeria, the people must be educated. Education is the ultimate solution and Jonathan got that part perfectly right.

Can we say the same about Buhari? Will Buhari cherish education the same way Jonathan cherished education? These are some of the questions people failed to answer. Military action is needed in suppressing the activities of Boko Haram and that maybe is where Jonathan lost some political points. However, military action alone cannot eradicate Boko Haram from Nigeria as some people think.

Most of the youth in Nigeria today, especially the college graduates, end up on the streets with degrees upon degrees but with no jobs to do. The unemployment rate keeps rising and more and more people find themselves with nothing to do after college and the frustration keeps building every single day. In other words, whenever any opportunity (even if for violence) comes along, most of the youths grab it with both hands and use the platform to vent out their frustration as we saw in the news just days ago.

Another major problem which contributed greatly to Jonathan's downfall in the elections was the problem of "NEPA". In today’s world, electricity is a necessity. In fact, no city or economy can run efficiently without adequate electric power supply. It may surprise you to know that Nigeria’s giant city Kano, which is infact the oldest city in west Africa today, receives just about 6 hours of electric power supply every single day. The entire city runs on private generators which is quite absurd considering the fact that Nigeria is the largest oil producer in Africa today with several rivers and lakes (for hydro-electricity generation) all across the country.

A manufacturer who planned on hiring 20 employees would end up cutting the number down to 10 just to cover electric costs. So at the end of the day, fewer and fewer people are getting hired. Also, the power supply is quite intermittent which makes it almost impossible to establish any business around it.

Every year, hundreds of thousands of people suffer and die from carbon monoxide poisoning (the dangerous smoke produced by the millions of generators across the country). The National Electric Power Authority of Nigeria popularly known as "NEPA" has come to symbolize nothing but failure in Nigeria today. Jonathan’s administration was considered “NEPA” in strategy by most Nigerian youths and that explains why most voted against it. The question here is, will Buhari’s administration be any better or just another “NEPA”?

Ayriss Aaliyah 3 years 5 months
Where do I begin. This is not taught in our schools, and it is troublesome to know such issues to exist. I feel like I am still homeless displaced and rejected. There is a kind of acceptance that is for power no matter it's devastation while an individual like myself is left with no mercy fir the slightest weakness trouble. That is inequality and a wilderness of democracy.

Prince Ndorenyin 2 years 1 month
Nigeria is too big for one person to control so this is the time for Nigeria to wake up from sleep of many years. Let built our tomorrow. All the youth from north, south, east, west. This is the time.