Migrants on the move: The root factors 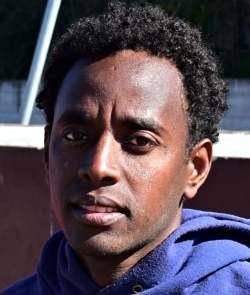 Life is beautiful and life is precious. There is nothing greater than life. With life, there is always hope and with hope comes opportunities. With opportunities and determination comes success and with success comes happiness. However, what if life is no longer an option? What if death is almost certain? Would you rather die for nothing and go in peace or die for something? Would you rather die folding your arms or die trying your hands on something? Well, like most of you, I would rather die trying.

When it comes to the issue of irregular migration, in most cases, it is a matter of life and death? Yes, pastures may not always be as green as they seem from afar but since one cannot tell how truly green they are from afar, it makes sense to at least get a bit closer so one can have a better look. We are humans and we are social animals. We were born to roam and dominate the earth.

Contrary to some popular beliefs, there are in fact, so many advantages in roaming. The first humans to move out of Africa carried no maps with them. It was by roaming about that first humans moved out of Africa, discovered and settled on new lands. There are some opportunities we can never find unless we get up and move. There are some things we can never accomplish in life unless we move and that is why our maker made it part of our nature to roam. We roam not just out of curiosity. How far and how long we roam often depend on our needs. Not even a wall of fire can stop a hungry man from searching. Some scholars often refer to them as "push and pull factors".

When it comes to the issue of human migration, it is not a matter of just roaming about aimlessly. Sometimes, it is a matter of life and death. No level of security and no number of walls and barriers can stop a determined migrant. For a man or woman to leave his or her home country and travel for months and sometimes years through deadly and unforgiving territories, that simply means his or her needs are far greater than one can imagine.

On the other hand, if a man could find his daily bread and all that he needs at point “A” without risking his life, do you think he would be more willing to risk his life by-passing point “A” trying to reach point “B”? No matter how curious we think we are, not so many of us would be more willing to risk our lives in this case. On the contrary, many would be more than willing to try reaching point “B” especially if point “A” is nothing but a mess. The point I am trying to make here is that, if we don’t want more and more people to by-pass point “A” for point “B” then maybe we should not leave point "A" a mess.

Gaddafi’s Libya of yesterday was far better than the NATO Libya of today. People saw greener pastures in Libya and were not willing to risk their lives crossing the Atlantic Ocean. Although harsh in some cases, one could work and make a living in Libya. Libya was far better than most other African countries. Those willing to work hard were able to work hard and prosper. There were opportunities in Libya and those opportunities stopped people from risking their lives trying to reach Europe. That was when Gaddafi was in charge. Libya today is nothing good to write home about. Libya today is nothing but a war zone. Those great opportunities people saw in Libya are gone. Libya is now ruled by terrorist organizations and those terrorist organizations are often sponsored by the western world both directly and indirectly.

Because Libya is now an “open country”, people move in and out freely and because the greener pastures have dried up in Libya, people are now by-passing Libya and risking their lives desperately trying to reach Europe. Europeans have good reason to be worried considering the number of illegal migrants flooding European streets and corners. However, in most cases, migrants are not to blame. Migrants are just victims of circumstances. Instead of blaming migrants for by-passing Libya, maybe we should blame America and NATO for destabilizing that part of Africa. We are witnessing a similar situation in Syria, Iraq and other places.