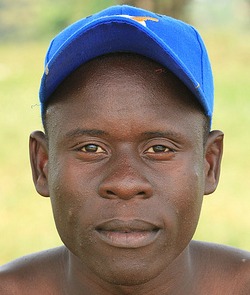 About 80 cabinet and state ministers, more than 390 Members of Parliament, over 278 political appointees who include about 80 resident District Commissioners and assistants, more than 75 presidential advisors and over 43 private presidential secretaries and their deputies. This is just a picture of Uganda's over-the-top public administration. "Pearl of Africa" as commonly known, is argued that, not only is it a sleeping giant but also an over-governed and unproductive country.

Uganda has many administrative units. About 50,000 local councils, about 7431 parishes, about 1403 sub-counties, at least 167 counties, about 22 municipalities and about 144 districts (including the newly approved 23 districts). All these structures have at least 10-man executive officials. So, the total number of officials is more than 10 times the number of every administrative unit.

How does this nation manages its servants? Uganda's expenditure is very enormous and abnormal.

Private presidential secretary and his assistant earn more than 7.5 billion shillings, enough to support 2,077 primary schools with 800 pupils each, buy drugs for 890 health centers, construct 935 classrooms or pay 37,500 primary school teachers. Every member of Parliament earns at least 15 million shillings a month excluding the allowances. The allowances here include free government vehicles, free fuel and maintenance, etc. In other words, the allowances together are about 3 times the base salary every month.

In 1986, when Uganda's National Resistance Movement came to power, inflation was around 240 percent and it collected just 84 billion in revenue. It worked tirelessly and revived the economy reducing inflation to 0.3 percent. The present government collects 4 trillion in revenue but even sectors like education and health which used to be very vibrant in Uganda, are now in shambles.

Uganda has around 43 million people. According to the ministry of health, there's one doctor to every 300,000 people. Surprisingly, there's about one administrative leader to every 600 Ugandans. Uganda has one of the poorest administrative structures in the entire world. The poor administration can and only provides poor services to its citizens. The government at times makes good policies but unfortunately, it is almost impossible for Uganda to implement some of those policies. In the end, despite the numerous policies on paper, almost nothing good comes out them.

For example, policies like the decentralization policy to help distribute resources evenly, the minimum health package which puts all health centers under a structured organization, the Medium Term Expenditure Framework which would make the government budget and expenditure known after every 3 years, etc. are examples of some great policies which do exist only on paper and not in reality. Such good and "efficient" policies have been made by the government on paper yet over 600 billion Ugandan shillings go down the drain without any trace almost every single year.

The main reason why such good policies cannot be implemented in Uganda today is due mainly to the government's huge expenditure on its top leaders and the very poor wages paid to its civil servants. This has led to absenteeism, lack of morale, etc. as most of these poor public servants take other jobs besides their regular jobs just to make ends meet.

It is quite sad considering the fact that Uganda has produced some of the brightest people in all of East Africa with prestigious institutions (such as the prestigious Makerere University) but has the lowest productivity in the entire region. The truth of the matter is that, Ugandans keep juggling at their available natural resources to the point of stuffing all their leaders to the brim like holiday turkeys.

Another major problem facing Uganda today is the problem of "let's pass new laws". Uganda has this "barbaric" culture of passing laws to solve all problems. This has led to nothing but a big country full of laws but lawlessness. Laws are being passed every single day yet the ones present are neither effective nor implementable. For example, Uganda has failed miserably at implementing the traffic and productive laws and because the government is beginning to feel the heat from the media, Uganda has passed yet another law to gag the media, limiting public participation in governance and locking up journalists with dissenting views (a clear indication of an extremely failed government. Dictatorship in this case)

Pundits say that, for the country to develop, it needs to reduce its administrative leaders, get more serious in enforcing its policies and laws. The administration is the main cause of the government's huge expenditure, leading to lack of funds in other sectors and nothing but extreme poverty and hunger across the entire country. Uganda as a nation needs to be serious in economic transformation and development by getting its priorities right. The first step of which includes getting rid of this highly bloated but very unproductive system of administration. And don't forget Uganda still houses some of the most corrupt leaders in the world today.

Civil societies, great donors, private sector experts and political analysts have all raised numerous concerns over the governments expenditure on its administration but their pleas have fallen on deaf ears. Uganda as a country does not only need a budget discipline but also in great need of getting its priorities right and starting from the top seems like the most sensible thing to do especially at this time.

#10 Sijo 2021-01-01 12:24
Uganda does not have a president. What Uganda has is just a group of gangs who have come to rob the country for their personal interests. No president who loves his country would allow it be drained like what m7 has drained Uganda. He thinks he is the only person who has vision for Uganda and he must know that before him, there were great men who did most of the things which he claims to be his and today, there are better people who have Uganda at heart. Whether he likes it or not, he must leave.
Quote

#9 Monica 2020-12-09 15:48
So, what do you plan to do about it? How will you do it and how can you be sure it will result in what you expect. There is no country without problems. Joe Biden is addressing problems,British PM is addressing problems. Secondly, problems have a beginning. Talk about where they have been and where they are going. Otherwise there would be no need for leaders.
Quote

#8 ssembajjwe 2020-09-23 02:55
There is one thing you have not talked about that is seriously killing this country slowly. That is tribalism. The moment the president is able to acknowledge that there is need to appoint individual on the basis of ability and qualification then everything will start to fall in place,
Quote

#6 Abdul Wahab 2020-06-30 05:54
Although I might not be living in Uganda and I'm still only a teen, I do visit on a yearly basis. Reading this has really devastated me, that this is how our country is operating as we speak today. I really do hope someone out there will come and help us escape this miserable state we're in. Because it seems that we, the people of Uganda are not able to change our own country without having someone by our side to guide and support us. I can't stress it enough, how shocking it is for me to have discovered that this is how badly our country has degraded and we are still OK with calling our selves the pearl of Africa. I am not downgrading our people nor do I have the right to because I have seen the difficulty some face just to live throughout the day. I really hope that there will come a day where Uganda will start moving forward for the better life of its' people.
Quote

#5 Faith Asiimwe 2019-11-20 01:06
The main problem is us Ugandans, we call for more constituencies thinking that we shall get good services since the population has been reduced. I'm a student at Makerere but the main issue at the university is constant strikes as well. The other problem we face is the high ignorance rate. We are not aware of what is happening in our country since the government does not give us accountability nor is it transparent. Now, the European people have also over-influenced our political, social, economic systems. We tend to call ourselves independent but we are not since even the anti-homosexual bill was not signed because the Western countries threatened to stop giving us aid.
Quote

#4 nannyanga restetuta 2019-09-07 05:10
I thank you for this note but I think major problem be it the other problems is the devastating nature of the Agriculture today.Most of the problems that the Ugandans are facing today stem from the sickened agricultural industry for example poverty, unemployment, diseases, hunger, corruption among others. Once the agricultural sector is well developed, it will help provide a cornerstone for fighting the other problems hence a better Uganda. Ya-lama!
Quote

#3 Zeur 2018-11-03 01:34
Talk about bad governance and the duplication of administrative posts only to drain an already weak economy. Sorting this problem is not rocket science, but utter greed at the cost of public purse. Shame really shame!!!
Quote

#2 Jenet Atto 2018-09-30 09:12
As the saying goes, once the head of the fish is rotten the whole body is then rotten. Our biggest problem in Uganda here is selfishness. Most people don't want to share the little they have. If we could only walk the talk, all would be well for us Ugandans
Quote

#1 K. Ananse 2018-09-01 11:42
The good people of Uganda need to wake up and reassess the situation. In my humble opinion, the number one problem facing Uganda today is poor leadership and bad governance and not any external force as some people want us to believe. And talking about poor leadership and government, who is in charge? In other words, if we were to be honest, we would come to the realization that, Yoweri Museveni is the number problem facing Uganda today. He has been in power for over 3 decades but what and what are his achievements? Despite the abundance of natural and human resources, Uganda cannot even achieve a lower middle income status which is very sad. Unfortunately however, Museveni has removed the age limit from the constitution which means, he will continue to sit on Uganda's prosperity until he finally dies (and that can be many years to come). Even Nelson Mandela who suffered so much for his country, didn't hesitate at all when the time came for him to go. Mandela could have remained president for life but he realized the importance of letting go of power. If Mandela could let go of power, what is preventing Museveni from doing so if not greed?
Quote
Refresh comments list
Add comment