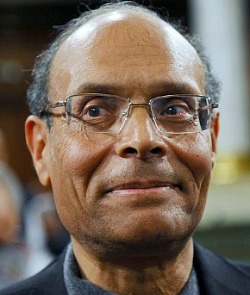 The People's Republic of Tunisia or Tunisia for short is the smallest country in North Africa located at the northernmost part of Africa bordering the Mediterranean Sea (to the north and east) between the People's Democratic Republic of Algeria (to the west) and Libya to the southeast.

The Republic of Tunisia has a total land area of about 163,610sq.km (about 8,250sq.km of which is covered by water) with about 1,148km of coastline. Just about 17.05% of the total land area of Tunisia is arable (land good for farming). The Southern part of the country is mostly desert (the Sahara desert).

The Republic of Tunisia has a population of about 10.8 million people with the population growth rate around 1%. The Majority of the Tunisian population (about 67% of the total population) live in urban areas in major cities and towns such as Tunis the capital.

Just like its neighboring countries, the People's Republic of Tunisia is blessed with abundance of natural resources such as petroleum, zinc, salt, phosphates, iron ore, etc. Tunisia Just like Libya its neighboring country has a "good" literacy rate of 74.3% with the female literacy rate around 65.3%. In other words, about 74.3% of the total population of Tunisia above age 15 can at least read and write. Also, about 65.3% of the total female population above age 15 can read and write which (although falls below expectations compared to countries like Botswana) is far better compared to most countries in the Arab world.

Although the living conditions in Tunisia today is somehow better than in most other African countries, Tunisia just like most other developing countries around the world faces so many challenges especially when it comes to peace and economic stability. About 30.7% of the total population of youths between ages 15 and 24 are currently unemployed in Tunisia today. Because of corruption, inequality, lack of high-paying jobs, etc. Most people graduate from school but unable to find better jobs to do. Only those with "connections" are able to secure high-paying jobs in Tunisia today while the poor with no such connections end up with nothing good to do. This situation contributed a lot to the 2010-2011 Tunisian Revolution which led to the ousting of the then president and long-time dictatorial leader Zine El Abidine Ben Ali in January 2011 leading to a thorough democratization of Tunisia. Although there is peace and stability in Tunisia today (at least for now), many people especially the youths are out of work.

Although Tunisia has and HIV/AIDS adult prevalence rate less than 0.1%, about 2,400 people were living with the disease in 2009.