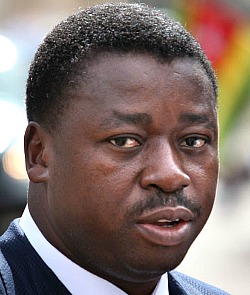 The Republic of Togo covers a total land area of about 56,785 square kilometers (about 2,400sq km of which is covered by water) with about 56km of coastline. About 45.2% of Togo’s total land area remains arable (land good for farming).

The Togolese Republic has an estimated population of about 7.8 million people with the population growth rate hovering around 2.7%. About 40% of Togo’s population lives in urban areas in major cities and towns such as LOME the capital. Lome the capital of Togo contains about 1 million people.

Although French remains the official language of the Togolese Republic and the language of commerce, several ethnic and local languages are spoken in Togo today. The Ewe and Mina languages for example, are used widely in the southern part of the country while Kabye and Dagomba are used largely in the North.

Just like its neighboring countries, the Togolese Republic is blessed with abundance of natural resources including limestone, phosphates, marble, and arable land. However, despite the abundance of natural resources, Togo remains one of the poorest countries in Africa today with about 56% of its population living below the international poverty line. According to the World Health Organization, about 16.2% of Togolese children under the age five were underweight in 2014.

Togo has a literacy rate of 66.5% for the total population with the female literacy rate hovering around 55.3%. In other words, just about 55.3% of females above the age 15 can read and write in Togo today which is very bad compared.

The Togolese Republic has a high HIV/AIDS adult prevalence rate of 2.4%. About 106,300 people were living with the disease in 2015 with about 5,100 deaths recorded within the same year. These were just the officially reported cases. Several cases go undocumented and there are many more living with the disease in Togo today. Besides HIV/AIDS, the deadly malaria, dengue fever, yellow fever, bacterial and protozoal diarrhea, hepatitis A, typhoid fever, meningococcal meningitis, schistosomiasis and rabies continue to destroy several lives in Togo today.

The farmers in Togo are mostly subsistence farmers who grow crops and rear animals just to feed themselves and their families. Periodic droughts and unpredictable rainfall patterns leave many families starving.

Just like in most African countries today, corruption and poor governance continues to tear Togo apart. One corrupt family has been in charge of Togo since 1967 and has no intentions of letting go. Gnassingbé Eyadéma the father of the current president Faure Gnassingbe, was president for more than 37 years. When Eyadema passed away in 2005, the young Gnassingbe took over and has been in power ever since.