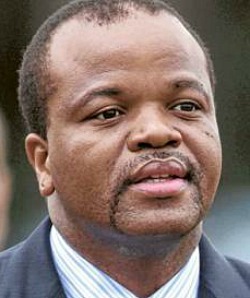 The Kingdom of Eswatini has a total land area of about 17,364 squared kilometers. According to the World Bank collection of development indicators, just about 10.17% of Swaziland's total land area remains arable (land good for farming).

The Kingdom of Eswatini has a total population of about 1.2 million people with the population growth rate hovering around 1.2%. Swaziland's population is about 97% "Black African". Europeans and other minor groups make up the remaining 3%.

The Kingdom of Eswatini is divided into 4 administrative districts (Hhohho, Lubombo, Manzini, and Shiselweni).

About 21% of Swaziland's population lives in urban areas in major cities and towns such as Mbabane. Mbabane, the capital, contains about 75,000 people.

Although English and siSwati are the two official languages, there are several local, tribal, and ethnic languages spoken in Swaziland today.

There are several religious and denominational groups living in Swaziland today with Zionists (a blend of Indigenous African/ancestral worship and Christianity) being the majority. Zionists make up about 40% of the total population, followed by Catholics 20%, and Muslims 10%. Other religious groups including Anglican, Baha'i, Methodist, Mormon, Jewish, etc. make up the remaining 30% of the total population.

The Kingdom of Swaziland is blessed with abundance of natural resources such as quarry stone, small gold and diamond deposits, asbestos, coal, clay, talc, cassiterite, hydropower and forests.

Officially, the Kingdom of Eswatini has a literacy rate of 81.6% for the total population with the female literacy rate around 80.8%. In other words, about 81.6% of Swaziland's population (above the age 15) can at least read and write. In fact, Swaziland's girl-child education of 80.8% is far better than in most other African countries.

Swaziland remains the country with the highest HIV/AIDS adult prevalence rate (27.3% according to Avert) in the world. In 2018, about 7,800 adults (ages 15-49) were newly infected with about 2,800 AIDS-related deaths recorded. Also, over 200,000 people were living with HIV/AIDS in Swaziland in 2019 according to the World Health Organization. These numbers represent just the officially reported cases. Several cases go unrecorded.

Lack of good drinking water and water for domestic purposes remain a major problem in the Kingdom of Eswatini especially in the rural areas.

Rapid depletion of wildlife populations (due to poaching and excessive hunting), overgrazing (of farm animals which leads to soil degradation and soil erosion), rampant deforestation and poor climatic conditions remain some of the major environmental issues facing Swaziland today.

When asked "what is the number one problem facing Swaziland today?", one Swazi calmly replied, "Our number one problem today is the King", and he may be right. King Mswati III ascended the throne on April 25, 1986. And soon after taking over, he officially banned all political and opposition parties. In a land where several people continue to toil all day and night just for their daily bread, and in a land where several people continue to die from the deadly HIV/AIDS due to lack of antiretroviral drugs, the British-trained King Mswati III sits on over £125 million in "personal" fortune.

King Mswati's late father King Sobhuza had over 70 wives, 210 children with over 1000 grandchildren. And as custom demands, tens of thousands of young Swazi female-virgins continue to dance half-naked in the presence of the dear leader (King Mswati III). Swazis are brought up to regard their king as a benevolent, god-like figure, and many poor Swazi girls see a fling with King Mswati III as a route out of poverty.