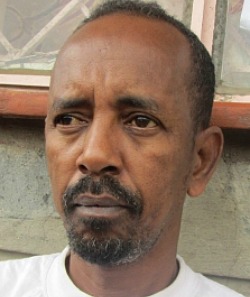 The Federal Republic of Somalia (or "Somalia" for short) is a country in the horn of Africa (a peninsula in Northeast Africa). In fact, the easternmost point on mainland Africa, Cape Guadarfui, is found in Somalia. In other words, Somalia is the easternmost country on the African mainland.

The Federal Republic of Somalia has a total land area of about 637,657 squared kilometers (about 10,320sq km of which is covered by water). In fact, Somalia has the longest coastline on mainland Africa. Somalia has a coastline of about 3,025km and consists of the Gulf of Aden to the north, the Guardafui Channel to the northeast and the Indian Ocean to the east

A greater part of Somalia's population lives in rural areas mainly as poor subsistence farmers who grow crops and rear animals just to feed themselves and their families.

The Federal Republic of Somalia is blessed with abundance of natural resources including natural gas, copper, uranium, unexploited reserves of iron ore, oil reserves (likely), gypsum, tin, salt, bauxite, etc. However, despite the abundance of natural and human resources, the Federal Republic of Somalia remains one of the poorest countries in Africa today.

The Federal Republic of Somalia has seen great improvements in almost all sectors of its economy these past couple of years. However, there is still more work to be done. The decades of political instability (coupled with illiteracy) have created a safe haven for gun violence and terrorist activities.

Although peace has returned to most parts of Somalia, a significant portion of Somalia's population continues to live in fear and insecurity. It is worse especially in the rural and sub-urban areas where there is very little to no law enforcement presence. The poor, especially women and children, are almost always on the run in Somalia today due to the numerous conflicts and violent activities across the country.

Malnutrition is another major issue facing Somalia today. According the World Health Organizatoin, about 37% of Somali children under age 5 are underweight.

Although Somalia has a low HIV/AIDS adult prevalence rate of 0.7%, about 34,000 people were officially living with HIV/AIDS in 2009 with about 1600 deaths recorded within the same year. Apart from HIV/AIDS, typhoid fever, dengue fever, malaria, Rift valley fever, rabies, schistosomiasis, protozoal and bacterial diarrhea, hepatitis A and E, etc. continue to threaten several lives in Somalia today.