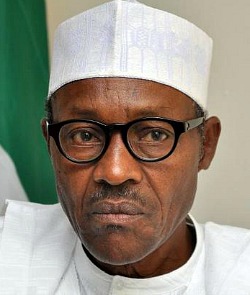 Nigeria has a total land area of about 923,768 squared kilometers (about 1.5% of which is covered by water) with about 853 km of coastline. Just about 33.02% of Nigeria's total land area remains arable (land good for farming). Nigeria ranks 32nd in the world by total land area.

Nigeria shares borders with the Republic of Niger to the North, the Republics of Cameroon and Chad to the east and the Republic of Benin to the west. Nigeria also borders the Atlantic Ocean (Gulf of Guinea) to the south.

Islam remains the most dominant religion in Nigeria today with roughly 51% of the population being Muslims. Christians make up about 40% of the total population. Traditionalists, indigenous believers and other religious groups make up the remaining fraction of the population.

Although English is the official language of the Federal Republic of Nigeria, there are more than 550 different languages and dialects spoken in Nigeria today. In fact, Nigeria had about 1500 different ethnic languages not long ago. About 950 are "dead" due mostly to outside influence. On the streets of Nigeria however, broken English or "Pigdin" reigns supreme. Almost the entire population do speak and understand the "pidgin" language (broken English) which helps a lot in communication. Most other African countries especially the Anglophone countries like Ghana and Liberia also speak and understand "pidgin" which helps a lot in breaking the language barrier.

Nigeria is a very rich country in terms of human and natural resources. Nigeria is blessed with abundance of natural gas, petroleum, tin, iron ore, coal, limestone, niobium, lead, zinc, arable land, etc. Nigeria is a very "oil rich" country. In fact, Nigeria is the leading exporter of oil in Africa today and one of the leading oil exporters in the world (the 6th leading oil exporter in the world today). Nigeria's petroleum industry remains the largest industry and the main generator of GDP (Gross Domestic Product) in Nigeria today.

Despite the abundance of human and natural resources, Nigeria remains one of the "poor" countries in the world today. Nigeria has the largest population of poor people in Africa today and suffers the most from population explosion.

Corruption and poor governance continue to tear Nigeria apart. In fact, Nigeria remains one of  the most corrupt countries in Africa today with a very high unemployment rate. Almost all political figures in Nigeria today are corrupt in one way or the other leaving the average Nigerian with nothing but poverty, anger and despair.

Although Nigeria has many graduates, most of them end up on the streets with nothing at all to do after college. Most of these unemployed graduates engage themselves in online scams and other fraudulent activities (popularly known as the "419" business) just to survive. Between 40-45 percent of Nigeria's population lives below the international poverty line. In fact, according to the National Bureau of Statistics (NBS), over 40.1% of Nigeria's population was living below poverty line ( of 137,430 naira ($381.75) per year) in 2019. Most people have given up on education because they find nothing useful to do with their degrees and certificates after school. These days, you see children of school-going age roaming about street hawking.

According to the World Health Organization, Nigeria's HIV/AIDS adult prevalence rate hovers around 3.17%.  About 3.5 million people were living with the disease in 2014 with about 175,000 deaths recorded within the same year. Most children on the streets have lost either one or both parents to HIV/AIDS. Also, Nigeria remains one of the malaria killing zones in Africa today. Bacterial and protozoal diarrhea, yellow fever, sleeping sickness, etc. continue to threaten several lives in Nigeria today. According to the UNICEF, almost 30% of Nigeria's children under the age 5 are underweight. Malnutrition remains a major problem in Nigeria today and contributes to the deaths of about half a million children each year (about 1 in every 2 child deaths).

Religious tensions especially between Christians and Muslims in some parts of Nigeria leaves many people in fear and insecurity. Ethnic and political insurgent movements such as the Niger Delta Avengers movement or the NDA, separatist and seccessionist movements such as the Independent People Of Biafra or the IPOB movement and many others, continue to fuel tensions and clashes all across Nigeria.

Gregory Adekomaya 4 years 1 month
Most people are actually missing the point; clamoring for Nigeria to separate is not the answer. Nigeria as the most populous country in Africa has something going for her as far as human resources goes. I believe that our human resources is one of the best asset she has going for her. Leadership problem is what we have. If the Northern people are not as educated as the Southerners, it is the fault the power that be. If the North and the South are on the same page, I believe that will have good leaders. Because people do not know how to right the wrong that has been done to them, they decided to be sour losers "BOKO HARAM". In the name of every thing that makes sense how there you say that Western Education is bad.

Debessay Gabriel 4 years 1 month
All the wealth of Nigeria only benefit the multinational corporations who have corrupted the political elite. Its foreign policy is even subject to the wishes of London and Washington so much so that it has joined little Djibouti, useless Somalia and Ethiopia to accuse a fellow African country of human right violations. What is happening to the peoples within the borders of these three countries is difficult to imagine, but they are well protected diplomatically as long as they become good errand boys to the West.

Harrison Nlemedim 4 years 1 month
The fact is that, one person cannot make Nigeria to develop. Each and every one of us have a role to play. I truly believe that one of our problems in this country is the problem of what my country will do for us and not what we can will do for our country. The leaders should aim on how to contribute to the nation, not only how to share the national cake. I LOVE Nigeria and as a student, I am working positively to make great impact in my father land.

Mabia obinna 1 year 11 months
For Nigeria to work out her own success, I think all the local government chairmen should carry out their duties seriously. This is because, Nigeria is a federal state and local governments help to bring their people closer to the government. It pains me that Nigerians still go out to vote during local government elections when we know that they do nothing when they are in office. It's time for Nigerians to be smart and stand upright for their future.

Ish 10 months 17 days
Insecurity is also a problem in Nigeria today. Nigeria is facing this problem because of the bad governance.

Gambo 8 months 1 day
The problem of Nigeria is identification. We Hausas made a mistake accommodating the Fulanis who today have turned against us. These Fulanis arrived in Nigeria and took away power from the peace-loving Nigerians, changed all systems to accommodate their plan, entered the police force, the army, and politics. They established a caliphate and overthrew the Hausa traditional system. This is the truth.

A Fulani man believes only in the Fulani system. They are against any system that does not favor them. That is the major problem facing Nigeria. Nigeria has well-learned people but for the simple fact that Fulanis are in control, and will like to be in control, nothing will move forward in Nigeria. We have lost all our families and friends. Today insecurity is all over Nigeria. They are building all kinds of structures to enslave Nigerians.

Bad governance and insecurity plus religion is their system. There will be no future in Nigeria till Nigerians come to understand this point. Fulanis are the major problem facing Nigeria today. Without Fulanis, Nigeria is paradise.

Tos 6 months 5 days
Whether anyone believe it or not, the TRUTH OF THE MATTER is what Gambo said!