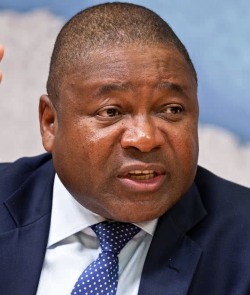 Mozambique is predominantly black African with the major ethnic groups Makhuwa, Tsonga,  Lomwe,  Sena, etc. making up about 99.7% of the total population. Europeans, Euro-Africans, Indians and the other minor groups make up the remaining 0.3% of the population.

However, despite the abundance of natural and humans resources, the Republic of Mozambique remains one of the poorest countries in Africa today with about 50% of its population living below poverty line. A recent UNDP Human Development multidimensional Poverty Index (developed by Oxford University) put this number around 70% of the total population and included the "moderately poor". The multidimensional poverty index viewed poverty from several different angles rather than just the usual GDP figures.

About 81% of the total population of Mozambique is into agriculture. Meanwhile, agriculture makes up just around 29% of the total GDP. The reason is that, most of the 81% are poor subsistence farmers who grow crops and rear animals just to feed themselves and their families.

Although, the “official” unemployment rate in Mozambique today hovers around 21%, about 50% of the total population lives below poverty line which implies the employed are either inadequately employed or underemployed.

Mozambique has a literacy rate of about 47.8% for the entire population with the female literacy rate hovering around 32.2%. Thich implies just about 32.2% of Mozambique's total female populatoin above the age 15 can read and write which is very bad. In fact, this is one of the worst literacy rates in Africa today.

Mozambique has an HIV/AIDS adult prevalence rate of 12.1% (which is one of the worst in the world today). In 2009, about 1.4 million people were living with HIV/AIDS in Mozambique with about 74,000 deaths recorded within the same year. Little has changed.

Apart from the deadly HIV/AIDS, diseases such as malaria, schistosomiasis, protozoal diarrhea, hepatitis A, yellow fever and rabies continue to destroy several lives in Mozambique today.

Just like in most other African countries today, corruption and poor governance continue to tear Mozambique apart.