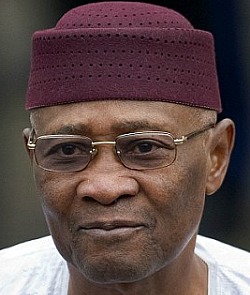 The Republic of Mali has a total land area of about 1,240,192sq.km (about 20,000sq.km of which is covered by water). Just about 3.76% of the total land area of Mali is arable (agricultural land or land good for farming). Although Mali is landlocked and mostly desert, two major rivers (the Senegal and Niger Rivers) run through the southern part of Mali (where the majority live) providing enough fresh water for several of the southern communities. Fishing plays a major role in Mali's economic structure thanks to these and several other rivers in the southern parts of the country.

The Republic of Mali just like its neighboring countries is blessed with abundance of natural resources such gold, uranium, hydropower, salt, phosphates, limestone, gypsum, kaolin, granite, in addition to huge unexploited deposits of iron ore, copper, manganese, bauxite and tin.

However, despite the abundance of Natural resources, the Republic of Mali remains one of the poorest countries in all of Africa with about half of its population living below poverty line. According to World Health Organization, about 27.9% of Malian children under age 5 were underweight in 2006. Mali has a literacy rate of just 26.2% for the total population. In other words, just about 26.2% of Malians above age 15 can read and write which is perhaps the worst literacy rate in the entire world.The female literacy rate in Mali today is even worse. Children of school-going age are out of school and those who are in school learn nothing new. Some study under trees and some do their homework assignments right in the sand why because their parents cannot afford them even writing books and pencils and the poor government does almost nothing good to help. This is how bad the problem of poor education is in Mali today.

Although Mali's HIV/AIDS adult prevalence rate of 1% is far better than in countries like South Africa and Swaziland, about 76,000 people were living with HIV/AIDS in 2009 with about 4,400 deaths recorded within the same year. Besides HIV/AIDS, the deadly malaria, bacterial and protozoal diarrhea, schistosomiasis, typhoid fever and hepatitis A continue to threaten several lives in Mali today.

African Lives matter 2 years 3 months
Although I do not support violence, sometimes there seems to be no other alternative. I am so glad to hear that Ibrahim Boubacar Keita aka IBK has been forced out of office. The one problem with African leaders is that, they are so power-hungry and the sad thing is that, we allow them remain in power while we continue to suffer. No matter how good a leader is, once they become power-hungry, they turn toxic and deadly and the best thing we can do for ourselves and our families is to force those power-hungry devils out even if it means putting some bullets in their brains before it is too late. It is better for one crazy man to die than for millions of innocent people, including women and children, to suffer and die for no fault of theirs. Good job Malian army for not siding with this crazy bastard. You sided with the people of Mali the way it should be. Hopefully, other African countries learn.

Benita Sopale 2 years 3 months
All African countries live under the divisions created by colonialists. We us African need to change those divisions. Instead what we see is that, one tribe gets power and start to kill the other tribes. Sad