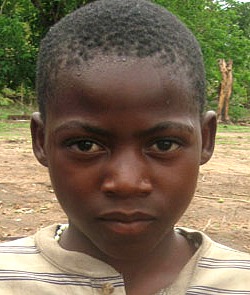 The Republic of Malawi has a total land area of about 118,484 squared kilometers (about 24,404sq km of which is covered by water). About 38.2% of Malawi's total land area remains arable (land good for farming).

Malawi shares Lake Malawi with the Republics of Tanzania and Mozambique. Although a landlocked country, the Republic of Malawi is well-watered thanks to Lake Malawi. Lake Malawi provides abundance of fresh water and great beaches.

The greater part of Malawi's population lives in rural and sub-urban communities mostly as subsistence farmers who grow crops and rear animals just to feed themselves and their families. Tobacco is a major cash crop in rural Malawi and almost the entire rural population is into tobacco farming. Tobacco accounts for about 53% of major export commodities in Malawi today. Coffee, peanuts, cotton, wood products, etc. are some of the other major export commodities in Malawi.

The Republic of Malawi is one of the most culturally diverse communities in Africa today with several ethnic and racial groups living peacefully together. Chewa, the most populous ethnic group, consists of about 32.6% of Malawi's total populatioin. Followed by Lomwe (with about 17.6% of the total population), Yao (about 13.5%), Ngoni (about 11.5%), Tumbuka (about 8.8%), Nyanja (about 5.8%), Sena (about 3.6%), Tonga (about 2.1%), Ngonde (about 1% of the total population) with other minor groups forming the remain fraction of the population..

Although just a small fraction speaks and understands English Language, about 58% of Malawi's population speaks and understands Chichewa, a local language which is also an official language in Malawi today. This helps a lot in communication. Apart from these two, several other languages including Chinyanja, Chiyao, Chitumbuka, Chisena, Chilomwe, Chitonga, etc. are spoken in Malawi today.

Malawi is a christian-dominant country with about 82.7% of the its population being Christians. Muslims form just about 13% of the total population with traditional believers and other minor groups forming the remaining fraction of the population.

Besides the abundance of fish and fresh water, Malawi is also blessed with the abundance of natural resources such as unexploited deposits of uranium, limestone, bauxite, coal, hydropower and arable land.

However, despite the abundance of natural and human resources, the Republic of Malawi remains one of the poorest countries in Africa today with about 51% of its population living below poverty line.

The Republic of Malawi remains one of the top HIV/AIDS killing zones in the world today (In fact, Malawi is in the top 15) with a high HIV/AIDS adults prevalence rate of 11%. About 920,000 people were living with HIV/AIDS in Malawi in 2009 with about 51,000 deaths recorded within the same year. Not much has changed. Apart from HIV/AIDS, diseases such malaria, bacteria and protozoal diarrhea, hepatitis A, typhoid fever, etc. also continue to threaten several lives in Malawi today.

Deforestation (rampant cutting down of trees mostly for timber, charcoal, firewood, etc), land degradation (the gradual deterioration of agricultural lands due to overpopulation and other factors), water pollution (mostly from agricultural and industrial runoffs),, etc. remain some of the major environmental challenges facing Malawi today.

Just like in most other African countries, corruption and poor governance continue to tear Malawi apart.