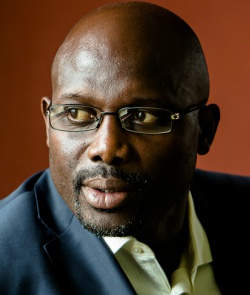 Liberia, the land of the free, is unique in several aspects. It is a land of many stories with several of them untold. It is a land of hope and great opportunities ... but it is also a land of pain, poverty and despair.

The Republic of Liberia is very unique in the sense that, it was founded mostly by "free borns" and freed slaves from America (The Americo-Liberians). The Settlement of freed slaves from the US in what is today Liberia began in 1822. By 1847, the settlement had developed into a Republic. (NB. There were several local communities living in the interior parts of the country before the arrival of the Freed Slaves from America).

The Republic of Liberia has a total land area of about 111,369sq.km (with about 579km of coastline).Just about 3.4% of this total land area remains arable (land good for farming). Liberia has a total population of about 4.8 million people with the population growth rate around 2.7%. About 49% of the total population of Liberia lives in urban areas in major cities and towns such as Harbel, Buchanan, Greenville, Zwedru, Robertsport, Monrovia (the capital of Liberia. Monrovia contains about 900,000 people).

Although English is the official language, just about 20% of the population do speak and understand English. Besides English, there are several other languages spoken in Liberia today, including some 20 ethnic group languages few of which can be written or used in correspondence.

The Republic of Liberia just like its neighboring countries is blessed with abundance of Natural resources including iron ore, timber, diamonds, gold, hydropower, etc.

However, despite the abundance of Natural resources, Liberia remains one of the poorest countries in Africa today. Liberia's shaky economy depends heavily on foreign assistance. Several Conflicts especially the two Civil wars between 1989 and 1996 and also between 1999 and 2003, poor governance, mismanagement, etc., destroyed much of Liberia's economy, especially the infrastructure in and around Monrovia the capital of Liberia. Many local and foreign businesses fled the country taking capital and expertise with them. However, with the end of fighting, the return of peace, and the installation of a democratically-elected government in 2006, several of these companies and investors have returned to the country helping rebuild Liberia for the better.

Liberia has a literacy rate of just 60.8% for the entire population with the female literacy rate hovering around 56.8%. In other words, quality education which helps a lot in building strong economies, is something very lacking in Liberia today. Children of school-going age are often seen along the streets of major towns and cities hawking and petty trading. Most rural communities lack proper educational facilities.

HIV/AIDS continues to wreak havoc in Liberia today. In fact, the National AIDS Commission of Liberia has reported an increase in the number of persons living with HIV in Liberia from about 33,000  persons (in 2010) to 43,200 persons (in 2017) with HIV/AIDS adults prevalence rate hovering around 2.1% (used to be 1.5% in 2009). Besides HIV/AIDS, the deadly ebola (please note: Liberia is now Ebola-Free), malaria, etc. continue to threaten several lives in Liberia today.

Just like in most other African countries, corruption and poor governance continues to threaten several lives and properties in Liberia today.

Richlue Aize Toure 4 years 5 months
I love this county but can't just understand why we are threaten ourselves like this.

Morris Weah 4 years 4 months
Liberia is all that we have today, tomorrow, and forever. If every story concerning this country must change, only close feelings Liberians can make this change. Liberian, old age with no development should be a big shame on which we need to have a sense of positive directed mind. Let even the unborn start to feel no regret of becoming Liberian.

Jasper Soko Marsan 4 years
There is a need for Liberians to change their minds toward our Country, Liberia. Liberia is rich but the citizens are poor. What is happening to our country? According to the riches of Africa, all blacks should be millionaires but why are Liberians so poor? We are poor because we do not have love for each other, and we do not have love for our country. There is a need for all Liberians to put on their thinking caps and see how best to take our country forward.
I LOVE LIBERIA

Glorious Dahn 3 years 8 months
I believe this country is the way it is because of the following reasons:
1. Because our leader's and we the followers are not development oriented. We get in power and only think about what we will get for ourselves. How many people will take power in this our country to think about building orphanage home, build crazy camp to remove crazy people from the street, to fix their community roads without depending on the president, to provide scholarships for young people who want to go to school but don't have money, some representatives will have scholarships, but they will sell it or only give it to family members. Common example is that they will be in power and instead of building houses they will go and live in luxurious hotel, and instead of buying their own cars they depend on governments cars, and if they leave power, they go back to zero.

2. Dependency syndromes is also the reason why our country is like this. People don't want to take responsibilitie s. You will see a family with over ten (10) to (20) members depending on only one brother or sister who made-up their mind's to do something instead of helping them. If you give them business to do, they misused the money and if you stop helping, they will find way to bring you down or killed you. Even with the country it is the same. We depend on other countries for almost everything instead of using our resources wisely and even going back to our farms to work. People are no more investing it to agricultural, everyone wants to live in the city.

3. Lack of education is also the reason why our country is like this. Because people are not educated, their minds are not developed. You will see people voting someone to power simply because the person is beautiful and because of their profile. People voting someone because they are members of the same church or society group and not for what the person will do for the country. Our leader's will promise us good things and when they get to power, they start to do the otherwise as if there's a power somewhere controlling them. Our young girls prioritize marriage to education and good looks to business. There is no competition in our education systems. High school graduates and university graduates are making the same salaries. There are no standards! These things have to stop if we need improvement.

Henry B.W. Karto 3 years 8 months
Liberians, let's unite and work together as one people just for the development of our dear country. The peace we are enjoying today is very costly. Our west African brothers died in Liberia because of the conflict we had. We should not repeat bad history.

Momolu Kanneh 3 years 5 months
Liberia is rich but the citizens are poor why because the so call people that call them self-big people take the country money and put it in their pocket and the poor still poor, especially this government so bad doing nothing good for our people but just eat the country money Remember what is done in the darkness might come to light

Charles P. Smith 3 years 1 month
We are all Liberians, if Liberia fall all of us follow. we need to see how best we can make Liberia a better place. Our people who we elected today are some of our problems, but we need to stand todays and help make mama Liberia a better place. we always elect the wrong people. Other countries are more than us in terms of every development with all the resources we have, are sure we are an independent nation. We need to really get independent to save our nation.

Michaelinda Fayiah 2 years 11 months
Liberia can still be a better country if we stop discussing the problems and start thinking of solutions to the problems. We can't keep doing the same thing over and over and expecting different results, we have to change our negative minds set to a positive one. The next thing is how can we feed ourselves, which is very simple going back to the soil who told you that farming is not a respectable job we have different kinds of farming. But everyone wants to work in government that's the problem. I'm so sorry time cannot permit me to give all the solutions to our problems. But I can say this if you are out there, and you still have love for your country Liberia contact me with this name on Facebook let us find solutions together we'll need all the help we can get.to make Liberia better and great. For the love of liberty brought us here and we're here to stay.

JAMES KAR MAYSON 2 years 11 months
Despite Our Political Differences, If We All Can Come Together with One Mindset, One Ambition, then with the Help of God Liberia Can Be Better. Because We the Citizens Are the One That Can Make the Change That We Need. One Voice, One People, One Culture, One Nation, Liberia.