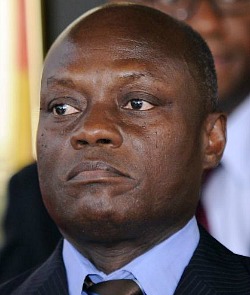 Just like its neighboring countries, Guinea-Bissau is blessed with abundance of natural resources including unexploited deposits of petroleum, bauxite, granite, limestone, phosphates, fish, timber and clay. However, despite the abundance of natural resources, Guinea-Bissau remains one of the poorest countries in Africa with about 67% of its population living below the international poverty line. According to the World Health Organization, about 17% of Guinea-Bissau’s children under the age 5 are underweight.

Guinea-Bissau has an HIV adult prevalence rate of about 3.7% which is one of the highest in the world. About 42,000 people were living with the disease in 2014 with about 1,900 deaths recorded with the same year. These were just the officially reported cases. Several cases go unreported and there are many more living with HIV/AIDs in Guinea-Bissau today. Beside HIV/AIDS, the deadly malaria, bacterial and protozoal diarrhea, hepatitis A, typhoid fever, dengue fever, yellow fever, Schistosomiasis, and Rabies continue to destroy several lives in Guinea-Bissau today.

Deforestation (or the rampant cutting down of trees mostly for timber and agricultural purposes), soil erosion, overgrazing of farm animals, overfishing, etc. remain some of the major environmental issues facing Guinea-Bissau today.