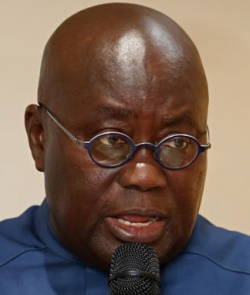 Ghana has a total land area of about 238,53 squared kilometers (about 11,000sqkm of which is covered by water) with about 539km of coastline. Just about 20.7% of Ghana's total land area remains arable (land good for farming).

Ghana has an estimated population of 31.5 million people with the population growth rate hovering around 2.2%. About 55% of Ghana's population lives in urban areas in major cities and towns such as Accra and Kumasi.

Ghana (formerly known as Gold Coast) was the first Sub-Saharan African country to gain independence (from colonial rule). Ghana gained independence in 1957 from the United Kingdom and became a republic on July 1, 1960. Lake Volta, the largest artificial lake in the world (by surface area), is found in Ghana.

The over two decades of political stability in Ghana has helped the country a lot in almost all sectors of its economy. However, despite the significant improvement in agriculture and other sectors of the economy, Ghana like most African countries today, continues to depend on foreign aid.

About 60 percent of the Ghanaian population is into Agriculture. Most farmers in Ghana like in most other African countries today, are subsistence farmers who grow crops and rear animals just to feed themselves and their families. However, lack of farming subsidies, poor government regulations, poor market facilities, poor farming practices, poor climatic conditions in some areas, etc. continue to keep millions of people (especially rural farmers) in poverty and despair.

Ghana is the second leading producer of cocoa beans in the world (producing about 900 thousand tons a year). However, this major cash crop sometimes meet lower prices at the international market. Also, the state institution in charge of cocoa production and distribution, the Ghana Cocoa Board (Cocobod), is one of the most corrupt institutions in the country. It may surprise you to know that the salary of the CEO of Ghana Cocoa Board is more than twice that of the president of Ghana. In other words, those corrupt executives in charge of cocoa production and distribution in Ghana benefit the most from Ghana's cocoa. The poor farmers who toil all day and night in cocoa plantations across the country are left with nothing but poverty and despair.

Lack of good drinking water was and remains a major problem in the upper regions of Ghana. Previous governments and NGOs did great for some of these areas by providing them with boreholes and pipe-borne water which has helped a lot in the eradication of the guinea-worm and other water-borne diseases. However, great help is still needed because most communities in Ghana still do not have access to good drinking water and water for domestic purposes.

Inadequate electricity (grid) supply in the big cities and towns and the total lack of it in many rural and sub-urban communities across the country remains a major problem in Ghana today. Most communities in Ghana are yet to benefit from the national grid (powered by the Akosombo dam). Most towns and communities across the country lack power supply and depend mostly on portable generators, batteries, torchlights, kerosene lamps, etc. Even in the big cities and towns covered by the national grid, there is inadequate power supply, an everyday problem locally referred to as "Dumsor". "Dumsor" remains a major problem even in accra, the capital of Ghana.

Ghana's free education program, adult education, sex education, girl-child education and other government and non-governmental programs are helping a lot in breaking the cycle of new HIV/AIDS infections. However, more help is needed especially in the rural and sub-urban communities where illiteracy rate remains very high.

According to UNAIDS, there were more than 290,000 adults and children living with HIV in Ghana in 2016 with over 20,000 newly infected cases. Ghana recorded more than 15,000 HIV/AIDS related deaths in 2016 with the number expected to rise in coming years unless more and more infected people receive antiretroviral treatment. Ghana's HIV/AIDS adult prevalence rate currently hovers around 1.6% with over 270,000 children orphaned due to AIDS. Many of those living with the virus don't even have access to antiretroviral treatment.

Just like in most other African countries today, poor government policies and rampant corruption continue to tear Ghana apart.

#1 Lizabeth Franco
I lived in Ghana delivereing AID to people for 2 years and I can say that Ghana is not a poor country. It has the best universities and decent institutions and most importantly a safe country and reasonably well established capcity to make the country a vibrant economy in Africa. The main problem is that Ghanaians do rely on someone else to do the work and bring AID from outside. It is a shame that in the most fertile and water rich agriculture land, Ghana is a net importer of tomatoes, onion, chicken and fish. The potential is there to cut entirely the AID and use the fertile and beautiful land of Ghana to feed its own people and feed many countries around them, but what is going on so far is to rely on someone else to deliver the food and free money from outside so to maintain the high corrupt system and pretend that everything is good.
Quote

#2 Ebenezer Dzabaku
Sometimes I don't understand most of us Africans, we keep on blaming the west for everything but we have forgotten that we are our own enemies. we gave them what is ours because most us are too greedy and corrupt and don't love our rich continent giving to us by the creator. If indeed the world economy is rule by corporations and not governments as i agree then what prevent Africans from coming together to build their continents corporations. We lack negotiation skills as a people. All we do is to accept anything western. Just look at our populations, total land area and resources. we have to learn from China they build their country's economy around their population and land size. China has almost the same land size to America but China population is about 1.4 billion and that of America is about 300 million plus. but see China is not going around the world begging for arms to survive. in this time we have to look for true Africans and not stomach African s
Quote

#3 Lorraine Bradley
It's imperative for the government to begin a program of teaching trades beginning in junior high school. Every person should learn a trade. All developed nations have this available because these skilled professions provide a good living for which no expensive higher education is needed. It has to begin somewhere and it has to begin now.
Quote

#4 Edem Emmanuel Kabotso
Now, I think it is time for us to rise up. Because we have caused ourselves a lot of harms. it is not that we cannot produce most of the produces that we even import. We have capable human resource for these product but most of them have been brain washed to sit down thinking of white collar jobs. when we talk of efficiency, we mean using less to do more. Thus, Ghana does not need huge loans to function well. Perhaps, Ghana even have citizens who are billionaires so why don't we channel these monies into developing our economy so that the interest on this debt can even remain in the economy. we need to reorient ourselves fellow citizens of Ghana. Ghana needs change
Quote

#5 SAMPSON
Ghana is not poor, we are blessed with so many natural resources but we need prudent management of our resources for our people. Greediness is what has engorged our development so far, those in positions look to their pockets and family only at the expense of the country.LETS RISE FELLOW GHANAIANS AND MAKE OUR COUNTRY BETTER
Quote

#6 Sarbah Isaac
Our country Ghana is blessed with natural resources needed for a country to be called 'developed' not 'developing'. We have the human resources which if much attention is directed to, can efficiently and effectively utilize the other available resources. When you look around today, the attention and focus of the youth is directed to owning properties ( such as a large size of land for building mansions, fleet of cars, etc). Ghanaians now boast of properties which do not aid nation development. Just a fraction of the rich channel their resources to agricultural sector and that is not going help. Demarcation of land should be created by the government to control the size of land needed to raise building infrastructures (especially, the estate development). If not, a time is coming where even common fresh water might be imported into the country since the importation of common commodities are ongoing.
Quote

#7 Nortey Whitney
Ghana is actually not poor . God has blessed us with so many resources but the truth is they are not being managed properly. Our leaders today only think of their family and their pockets. Bribery and Corruption is also a problem of Ghana not developing. Some of our leaders use their positions to get what they want illegally and they are let go when found out.
Our country is developing and not developed because we only depend on primary resources only instead of depending on the primary, secondary and tertiary resources. So let's rise and elect good leaders in order for our country to have justice and also develop.
Quote

#8 Clement
Ghana is blessed with all the necessary materials needed for better economy but here be the case the elected citizens are ruling contrary to what they are expected to do. I would like to urge all youth of today to mobilize ourselves and fight for our freedoms in order to champion our interest as good citizens of Ghana. Ghana is not for a particular group of people, Ghana is for us all. moreover, the so called men of God should pray for Ghana and stop depicting flashy cars. They should use their platform to educate Ghana.
Quote

#9 James
First of all, Ghana is poor, don't lie to yourselves guys.No.1 enemy of Ghana is "Corruption".
1. Everyone wants to get rich quick without working for it. (Corruption)
2. Politicians run for office because they don't have jobs and looking for ways to make money quick. (Corruption)
3. Ghanaians can deposit huge amounts of stolen money in their accounts and no one will question them where they get the cash. (Corruption)
4. Police and immigration enroll in the service and just after 1 year they start building mansions. (Corruption)The list goes on and on and on.No.2 enemy of Ghana is "Lies".No.3 enemy of Ghana is "Laziness".One simple reason:
Ghana education system only teaches Ghanaians to master corruption and lies.I'm a Ghanaian and I know what I'm saying. I became aware of this only after living and working abroad for 15 years.Kill above enemies and Ghana will prosper.
Quote

#12 Selasie
Don’t get it wrong if a country is said to be poor. To be poor doesn’t only refer to the resources you have. To be poor is also as a result of the bad and ineffective utilization of the nations resource Indeed Ghana is blessed with so many resources and that makes it rich in resources. But how it’s utilized and policies made makes Ghana a poor country. Inflation is going high and faster. Everything is increasing economically and that’s one factor to retard the economic growth of Ghana and that obviously and gradually defines Ghana as becoming poor.It might be true Ghana isn’t poor. But one fact is, Ghana is becoming poor.
Quote

#13 David Basil
Ghana is very rich. It has all the available resources most countries will just dream of, but majority of Ghanaians are poor. Our leaders play a major role...
Quote

#14 Ato Amoah
Ghana is a good country but the people are their own problem. From the top to the bottom of the populace are all corrupt and that's causing the country's downfall. All the institutions malfunctioning and corrupt and no one cares. I feel pity for the downtrodden. They can never count on any hope of improving their lives. God help our country.
Quote