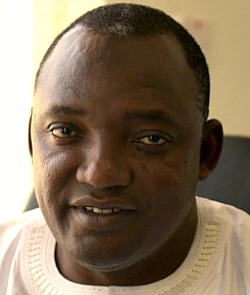 With a total land area of 4,127 square miles (or 10,689 square kilometers) and 80km of coastline, The Republic of Gambia (or "Gambia" for short) is the smallest country in mainland Africa. The Gambia is surrounded almost entirely by the Republic of Senegal. Gambia has a total population of about 1.9 million people with the population growth rate hovering around 2.3%. About 58% of the population lives in urban areas in major cities and towns such as Banjul the capital (Banjul contains about 450,000 people).

Just like in most other West African countries, a major part of the population of Gambia (especially those living in rural areas) is into agriculture mostly as subsistence farmers who grow crops and rear animals mainly to feed themselves and their families.

Despite its small population, the People's Republic of Gambia remains one of the most culturally rich countries on the continent with several ethnic and tribal groups living together peacefully.

Although Mandinka, Wolof, Fula, and other indigenous vernaculars are spoken in Gambia today, English remains the official language used in governmental and diplomatic communications. The Republic of Gambia remains one of the most Islam-dominant countries in all of Africa with about 95.7% of the total population being Muslims. Christians make up just about 4.2% of the total population.

Just like its neighbor Senegal and other surrounding countries, The Republic of Gambia is blessed with abundance of natural resources including silica sand, titanium, tin, zircon, clay, and fish.

However, despite the abundance of natural and human resources, the Republic of Gambia remains one of the poorest countries in Africa today. According to a recent World Bank report, Despite sound economic growth of more than 4%in recent years, nearly 60% of Gambia's population falls below the overall poverty line with 40% below the food poverty line.

Drought remains a major natural hazard in Gambia today with about 30% drop in annual rainfall within the last 30 years. This hurts agricultural production, and also causes scarcity of drinking water and water for domestic purposes in several areas across the country. Deforestation which leads to soil erosion and desertification worsens the problem in most areas.

The Republic of Gambia has an HIV/AIDS adult prevalence rate of 2% which is very bad compared to most African countries today. In 2014 for example, about 20,500 people were living with the disease with about 1000 deaths recorded within the same year. Besides HIV/AIDS, the deadly malaria, bacterial and protozoal diarrhea, hepatitis A, typhoid fever, schistosomiasis, animal contact diseases such as rabies, etc. continue to destroy several lives in Gambia today.

Just like in most other African countries today, corruption and poor governance continue to tear Gambia apart. Despite the numerous challenges, many Gambians remain optimistic especially with Adama Barrow as president (Adama Barrow ended Yahyah Jammeh's 22yr dictatorial rule after defeating Jammeh in the 2016 elections).