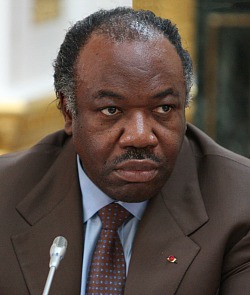 The Gabonese Republic or “Gabon” for short, is a country located along the Atlantic coast of Equatorial Africa between the Republic of the Congo and Equatorial Guinea. Gabon borders Equatorial Guinea to the northwest, Cameroon to the north, the Republic of the Congo to the east and south, and the Gulf of Guinea to the west. The Republic of Gabon covers a total land area of about 267,667sqkm (about 10,000sqkm of which is covered by water) with about 885km of coastline. The Gabonese Republic is a small country by population size. Gabon has a population of about 1.8 million people with the population growth rate hovering around 1.9%. A greater part of Gabon’s population (about 87.5% of the total population) lives in urban areas in major cities and towns such as Libreville the capital. Libreville the capital of Gabon contains about 730,000 people. Port-Gentil another major city contains about 120,000 people.

The Republic of Gabon is a very rich country in terms of natural resources. Gabon is blessed with abundance of natural resources including natural gas, diamond, niobium, manganese, uranium, gold, timber, iron ore and hydropower. In fact, Gabon is one of the major oil producers in Africa today.

The Republic of Gabon has a literacy rate of about 83% for the total population with the female literacy rate hovering around 81%. In other words, about 81% of all females above the age 15 can read and write in Gabon today which is great compared to most other African countries.

Despite all these, Gabon remains one of the poor countries in the world today. In terms of GDP figures alone, Gabon is one of the richest countries in Africa. In fact, Gabon is the 2nd richest country in Africa today in terms of GDP figures alone. In reality however, Gabon isn’t that rich. This is also another example of why GDP figures alone are not always good indication of how rich a country is. Equatorial Guinea the richest country in Africa today in terms of GDP figures is also one of the poorest countries in Africa today with a dictator as its leader. Gabon is a major oil producer and considering its small population size, one would think the living conditions would be far better than in other African countries today. In reality however, this isn’t the case. Although the living conditions in Gabon today are somehow better than in most other African countries, Gabon isn’t far better like one would expect. According to a recent World Bank statistics, over a third of Gabon’s population lives in extreme poverty. The question therefore is; where does the money go?

Gabon has not fully escaped the grips of dictatorship rule. Since independence from France in 1960, Gabon has had just three presidents. The Late corrupt President Omar Bongo ruled Gabon for more than four decades until his death in 2009. The sad thing is that, Ali Bongo Ondimba the son of Omar Bongo took over the presidency after the death of his father in 2009 continuing the family’s legacy.

According to an official report, about 47,500 people were living with HIV/AIDS in Gabon in 2014 with about 1500 officially recorded HIV/AIDS deaths in the same year. Gabon’s HIV/AIDS adult prevalence rate hovers around 3.91%. Besides the deadly HIV/AIDS, the deadly malaria, bacterial diarrhea, hepatitis A, and typhoid fever, dengue fever, schistosomiasis, rabies, etc. continue to threaten several lives in Gabon today.

Just like in most other African countries today, corruption and poor governance continue to tear Gabon into pieces. Almost all political figures and governmental agencies in Gabon today, engage themselves in corrupt activities.