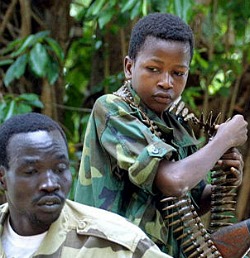 The Republic of Chad has a total land area of about 1,284,000 squared kilometers and a population of about 16.5 million people. Chad's population growth rate hovers around 2.6%.

N'djamena, the capital of Chad, has a metro area population of about 1.6 million people.

Like most of the surrounding countries, the Republic of Chad is a Muslim-dominant country with about 53.1% being Muslims. Catholics and Protestants make up about 35% of the population. Although French and Arabic are the two official languages spoken, there are over 120 different languages and dialects in Chad today. The Sara language for example, is very popular in the southern part of the country.

The Republic of Chad just like its neighboring countries, is blessed with abundance of natural resources including gold, petroleum, uranium, limestone, kaolin, fish(from lake Chad), sand and gravel, salt, etc.

However, despite the abundance of natural resources in Chad today, the Republic of Chad remains one of the poorest countries in Africa. Republic of Chad has one of the worst literacy rates on the continent. The literacy rate in Chad today hovers around 25.7% for the total population with the female literacy rate around 12.8%. In other words, just about 25.7% of Chad's population (above age15) can read and write. Also, just about 12.1% of Chad's female population (above age 15) can read and write which is very bad compared to other African countries.

Despite the numerous HIV/AIDS awareness campaigns, more than 210,000 Chadians were living with HiV/AIDS in 2009 with about 11,000 deaths recorded within the same year. Although the northern parts are somehow spared, the southern parts of Chad remains one of the malaria killing zones in Africa today. Diarrhea, schistosomiasis, animal contact diseases such as rabies, and several other diseases continue to threaten people in this part of Africa.

Due to its geographic location, violence in neighboring countries easily spread to Chad making Chad one of the few very unstable countries in Africa today. Political and ethnic violence are very common with women and children (including child soldiers) often being the target group. In his numerous attempts to overthrow the former Chadian president, Chad's violent neighbor Omar Al-Bashir ,the then president of Sudan, sponsored several rebel groups to destabilize the region.

Like most other poor countries in Africa, poor leadership and corruption continue to tear Chad apart.

John Adeagbo 4 years 4 months
On behalf of the international communities here in the US And abroad. We all are standing on one accord unity across the board with our youth. That all nations, no excuses to mediocrity, must have a government of the people by the people and for all the people. Democracy, stability and peace. On the contrary, traditionalism, tribalism, religion fanaticism, racism, nepotism, cynicism, fascism, fear, corruption, etc. must go. Also, "for-life" presidents with no vision, murderers, not to mention modern day slavery, must all go. Lastly, no human being must die or be wasted because of some shameless selfish corrupt public officials.