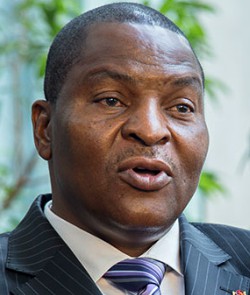 Greater part of the population lives in rural areas mostly as subsistence farmers who grow crops and rear animals just to feed themselves and their families.

Central African Republic like so many poor countries in Africa today, faces so many challenges including extreme poverty and hunger, poor education ( high illiteracy rate especially among girls), the deadly HIV/AIDS, natural hazards such as floods and desertification.

Central African Republic remains one of the HIV/AIDS killing zones in Africa with an HIV/AIDS Adult prevalence rate of 4.7%. More than 130000 were living with HIV/AIDS in 2012 with about 11,000 deaths recorded within the same year. In addition to HIV/AIDS, other deadly diseases such as Malaria (One of Malaria killing zones), bacterial and protozoal diarrhea, hepatitis A and E, dengue fever, rabies, typhoid fever, schistosomiasis, etc. continue to tear the country into pieces.