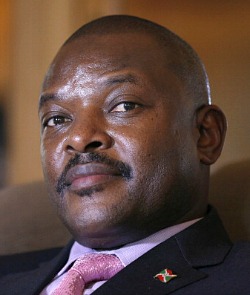 Burundi is mostly rural. Major part of the population lives in rural areas in small towns and communities mostly as subsistent farmers who grow crops and rear animals just to feed themselves and their families.

Coffee, cotton, tea, etc. remain some of the major export commodities in Burundi today. Corn, sorghum, sweet potatoes, bananas, cassava (manioc, tapioca); beef, milk, hides, etc. remain some of the major agricultural products on the market today in Burundi. Just about 11% of the total population of Burundi lives in urban areas. Bujumbura, the former capital and economic powerhouse of Burundi, contains about 700,000 people. Compared to the total land area, The Republic of Burundi remains one of the most densely populated countries in Africa today.

Burundi just like its neighboring countries is blessed with abundance of natural resources such as nickel, uranium, rare earth oxides, peat, cobalt, copper, platinum, vanadium, arable land, hydropower, niobium, tantalum, gold, tin, tungsten, kaolin, limestone, etc. However, despite the abundance of natural resources, The Republic of Burundi remains one of the poorest countries in Africa today with at least 65% of its population living below poverty line.

Burundi's first democratically elected president was assassinated in October 1993 after only 100 days in office, triggering widespread ethnic violence between Hutu and Tutsi factions. More than 200,000 Burundians perished during the conflict that spanned almost a dozen years. Hundreds of thousands of Burundians were internally displaced or became refugees in neighboring countries.

The Republic of Burundi has a literacy rate of about 67.2% for the entire population with the female literacy rate hovering around 61.8%. In other words, about 67.2% of the total population above the age 15 can at least read and write. Lack of quality education remains a major challenge in Burundi today.

Deforestation remains a major environmental problem in Burundi today. The Republic of Burundi has lost almost all of its forested lands to overpopulation and rampant deforestation. This is having a severe impact on wildlife population.

The Republic of Burundi has an HIV/AIDs adult prevalence rate of 1.3%. Although this is better than in countries like South Africa, about 90,000 people were living with the disease in 2012 with about 5000 deaths recorded within the same year. Apart from HIV/AIDS, the deadly malaria, typhoid fever, dengue fever, rabies, protozoal and bacterial diarrhea, hepatitis A, etc. continue to destroy several lives in Burundi today.

Just like in most other African countries today, poor leadership and corruption continues to their Burundi apart.