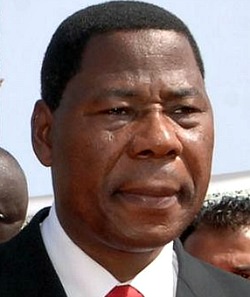 The Republic of Benin just like its neighboring countries is blessed with abundance of natural resources including marble, timber, limestone, and some offshore oil deposits.

Drinking water and water for domestic purposes remain a major issue in Benin today. Most water bodies in Benin today are polluted (caused mainly by agricultural and industrial runoffs and improper sewage disposals) and some communities across the country lack total access to clean drinking water.

Most farmers in Benin are subsistence farmers who grow crops and rear animals just to feed themselves and their families. In times of crop failure (caused mainly by unpredictable climatic conditions such droughts, floods, etc), many families (especially those in the rural areas) are left with nothing but poverty and despair.

The Republic of Benin has an HIV/AIDS adult prevalence rate or 1.2%. More than 60,000 people were living with HIV/AIDS in 2009 with about 3000 deaths recorded within the same year. Besides HIV/AIDS, the deadly malaria, hepatitis A, typhoid fever, yellow fever, meningococcal meningitis, and animal contact diseases such as rabies continue to threaten several lives in Benin today.

Just like in most other African countries, corruption, poor governance, etc. continue to tear Benin apart.