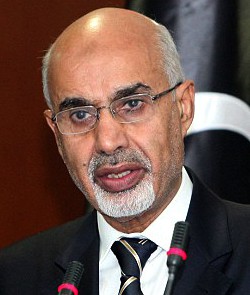 The People's Republic of Libya or Libya for short is a North African country located at the Maghreb region (Northwest Africa) of North Africa west of the People's Republic of Egypt. Libya is the third largest country (by total land area) in all of Africa and the 17th largest country in the world with a total land area of about 1,759,549sq.km and a coastline of about 1,770km.

The Berber-Arabs (the most populous ethnic group) make up about 97% of the total population of Libya. Turks, Maltese, Italians, Egyptians, Pakistanis, Indians, and other minority groups make up the remaining 3% of the population.

The People's Republic of Libya is blessed with abundance of natural resources such as petroleum (Libya has the 10th largest proven oil reserves of any country in the world and the 17th highest petroleum production in the world today), natural gas, gypsum, etc. Libya has a literacy rate of 82.6% for the entire population and a female literacy rate of 72%. In other words, about 82.6% of the total population of Libya above age 15 can at least read and write which is far better than in most African countries today. The female Literacy rate of 72% is one of the highest especially in the Islamic world.

In 2009 Libya had the highest HDI (Human Development Index) in Africa and the fourth highest GDP (Gross Domestic Product) per capita in Africa, behind just 3 countries (Seychelles, Equatorial Guinea and Gabon).

Despite all these great achievements, Libya just like most other African countries today faces so many political, developmental and social challenges. Human trafficking and violence against women and children are becoming rampant in today's Libya. Lawlessness and political instability (especially after the fall of  Moammar Gaddafi who was 42 years in power as the head of state and head of government of Libya). ISIS and other terrorists organizations and rebel groups have taken ahold of Libya.

Poverty and unemployment rates have risen sharply in Libya this last decade due in part to the political instability and violence in the region. Most educational facilities and businesses remain closed in Libya today.

Libya today is noted for xenophobic attacks and extreme discrimination towards minority groups. Some migrant groups from other African countries and the Middle East who pass through Libya today are captured and taken as slaves. Most of these poor migrants are tortured, murdered and treated worse than animals. Some female migrants are sexually exploited while the male migrants are often severely beaten and forced into hard labor.

Libya suffers from rapid urbanization which has resulted in land and water degradation. Pollution, improper sewage disposals, industrial wastes, desertification (the gradual spreading of the Sahara desert), etc. are some of the major environmental problems facing Libya today.

Despite Moammar Gaddafi's "Great Manmade River Project", the largest water development scheme in the world which brings water from large aquifers under the Sahara desert to coastal cities to help ease the country's water shortage problems, inadequate portable water and water for domestic purposes remains a major issue in Libya today especially in the small villages and towns across the country.

The hot, dry and dusty climatic conditions in most parts of Libya do not favor agriculture at all. Dust storms (including the famous "sirocco" or dust-laden ghibli, a southern wind lasting one to four days especially in Spring and Fall), sandstorms, etc. continue to threaten agricultural productions in several places.