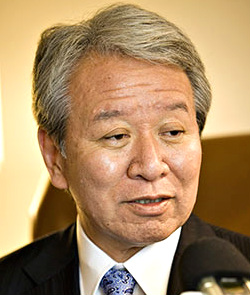 Why is Japan all of a sudden so much interested in Africa? There are several reasons why Japan is now more than ready to join this game. One of those several major reasons of course is the fact that there is money and big money in Africa.

After the Fukushima nuclear disaster in Japan somewhere in 2011, the Japanese government came under high internal and external pressuresto look for alternatives to nuclear power. So there is no doubt Japan is now desperately seeking for stable energy supplies to enable it move away from nuclear energy. Where else can an advanced country like Japan tap all that energy from if not Africa?This is another major reason why Japan is all of a sudden so much interested in Africa.

Just a few days ago at the Fifth Tokyo Internal Conference on African Development, the current Japanese Prime Minister Shinzo Abe announced a $32 billion dollar fund for Africa, trumping China's recent announcement of $20 billion dollars in loans for Africa. Besides its bigger size, Japan made it very clear that (unlike the Chinese), Africans and not Japanese would decide how to use the fund and on what projects. Although China is doing great in some parts of Africa, there is so much tension building across the continent today. The Chinese generally maintain tight control of all their projects and bring in Chinese workforce along with them all the way from China.

The bad part is that, almost the entire workforce stays in Africa once the work is done. Some bring in their families all the way from China to stay in Africa for good. Some also enter into inter-racial marriages with Africans and procreate creating several generations of inter-racial groups in Africa today. In other words, the presence of the Chinese workforce in Africa today is changing both our social and cultural structures (which have been with us since the beginning of time) which if care is not taken will lead us to nowhere good.

The question is, why is Japan all of a sudden so much interested in the fight against piracy in Africa? The answer once again is quite simple. For example, if Japan succeeds in tapping Africa's natural resources especially Africa's natural gas, Japan would definitely need some very clean and clear piracy-free sea lanes to transport. What do you think?