Information Technology: Africa and the Internet 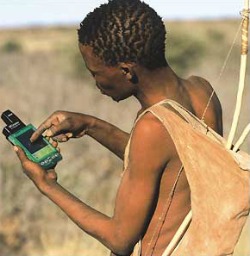 We are in the age of computers and Africa is rising up greatly in the computer world. Almost every school in Africa today teaches computer science and information technology. Just about 15 years ago, not so many Africans had computers let alone access to the internet. However, for the past 10 years, the number of computers and internet users in Africa has exploded greatly. There are computers everywhere you go in Africa today.

There are wifi hotspots and fast broadband connections in all African countries today which is great. Just about 10 years ago just a handful of students had computers in their rooms in Africa but today almost every college student in Africa either has his or her own computer with internet access or has a free access to the internet in school and at home.

Almost every secondary and tertiary school in Africa today has a computer lab with internet access giving students free access to the internet.

The Internet as we all know has so many advantages and disadvantages and Africa like any other continent is not spared when it comes to the disadvantages/problems of the internet. The internet has helped Africa a lot and it is helping link Africa to the rest of the world which is a great. The internet is helping African students expand their knowledge by helping students research online and also interact with students and professors in the outside world. In other words, the internet is such a great medium linking Africa and Africans to the rest of the world.

However, the internet as we all know it also has so many problems and disadvantages associated with it and Africa like any other continent on earth is not spared at all when it comes to the problems associated with the use of the internet. There are "adult" materials for kids almost anywhere you go online today all helping break the moral standards in our societies.

Just like it helps in the distribution of good information so does the internet helps in the spreading of rumors and bad information in Africa. As we saw happen in North Africa and the middle East, it is very easy to start a revolution in today's world all thanks to youtube, facebook, myspace, twitter, and the other social media websites. Information spreads like wild fire sometimes sparing not even the innocent along its way and Africa just like any other continent out there is not spared at all.

Salum Kilipamwambu 4 years 3 months
Despite the fact that there is technology usage in Africa, we are just end users and not designers of technology so dependence will still be there. We need enough investments on both human and material resource and an attitude of readiness to change and dare for changes.

Isaac Enda Eshet foundation 1 year
I would like to ask humbly all Africans in High Tech if they can do train young African students. I will arrange under Isaaceef .org