How to Adopt a child from Africa: Kenya 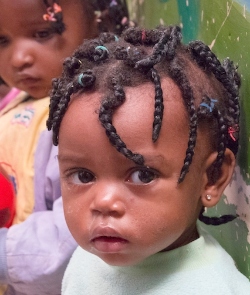 Adopting a child, especially from a poor third world country, and giving that child hope, love and a better life, is one of the greatest gifts you can ever give. However, not everyone can adopt. In fact, not everyone should adopt. Meanwhile, if you have what it takes, both physically and psychologically, then why not?

East African countries such as Kenya, Tanzania, Burundi, Rwanda, Uganda and those around the horn of Africa such as Ethiopia, Eritrea, Djibouti and Somalia, have very similar adoption processes. The following is a guideline for U.S. citizens who are interested in adopting a child in Kenya and applying for an immigrant visa for the child to come to the United States. Although the adoption process in Kenya differs a little bit from the adoption processes in other Sub-Saharan African countries, the requirements are quite similar. In the case of Kenya, the process involves complex Kenyan and U.S. legal requirements.

U.S. consular officers give each petition careful consideration on a case-by-case basis to ensure that the legal requirements of both countries have been met, for the protection of the prospective adoptive parent(s), the biological parents(s), and the child.

Interested U.S. citizens are strongly encouraged to contact U.S. consular officials in Nairobi, Kenya before formalizing an adoption agreement to ensure that appropriate procedures have been followed which will make it possible for the Embassy to issue a U.S. immigrant visa for the child.

Availability of Children for Adoption:

Recent U.S. immigrant visa statistics reflect the IR-3 immigrant visas issued to Kenyan orphans adopted abroad: You can read more about this by going to the US government website.

The Kenyan Adoption Authority or the government office responsible for adoptions in Kenya is the civil court system.

As I mentioned above the requirements are very similar in most Sub-Saharan African countries. The person adopting must be physically, emotionally and psychologically sound. When adopting a child, many steps must be taken before a child can be placed in the care of the adoptive parent. The Kenyan law states that, if anyone other than an adoption agency places a child with prospective adoptive parents, the Chief Inspector of Children must be notified of the placement. The adoption society or a legal guardian must make inquiries and obtain reports on the personal circumstances of the applicant, child, and child's parents or guardians.

Also, after an infant has been placed into the care and possession of the prospective adoptive parent, visits by the adoptive parents are made to the child at least once every month. If the child was received from an adoption society, a representative of that society will make the visits. If the child was not received from an adoption society, the prospective adoptive parent makes the visits. The adoption society representative is required to make a report on such visits to the court appointed guardian, unless the visits are made in the company of the guardian. The court's guardian then completes a full report, which is submitted to the court, along with a certified copy of the child's birth certificate. Once completed, notice of the hearing of the application for adoption is served on all parties.

Unless otherwise directed, the applicant, as well as the child to be adopted, must attend the hearing on the application for adoption. If the court approves the adoption order, the Registrar draws it up and a certified copy is served on the Registrar-General within thirty days. After an adoption decree is approved and the appropriate paperwork has been filed and issued, the adoptive parents can apply for a Kenyan passport for the child. Once the passport has been issued, the child is free to depart the country.

According to the Kenyan law, those applying for the adoption of a child must be 25 years of age or older and must be at least 21 years older than the child. In other words, the older you are, the better your chances. However, if the adopter is a relative, the adoptive parent must be at least 21 years of age. Both the adoptive parent and the child must be resident in Kenya at the time of the proposed adoption. Also, Kenya requires at least 6 months residency to ensure that the person adopting the child knows a bit about the way of life in Kenya, and to enable the person help the adopted child adjust to his or her new environment after adoption. The required length of residency for the adoptive parent is generally six months. The child must be in the continuous care and possession of the applicant for at least three consecutive months immediately proceeding the date of the submission to the court of the application for the adoption order.

No specific documents are required by the Kenyan Adoption Authority, although it may be prudent to carry documents regarding identity, marital status, family status and financial means. In most countries in Africa, you MUST provide these documents.

Section 101(b)(1)(E) of the U.S. Immigration and Nationality Act defines an "adopted child" as one who was adopted under the age of 16 and who has already resided with, and in the legal custody of, the adoptive parent for at least two years. Parents who can demonstrate that their adopted child meets this requirement may file an I-130 petition with the Department of Homeland Security - Citizenship & Immigration Services (DHS) having jurisdiction over their place of residence in the United States. Upon approval of the I-130 petition, the parents may apply for an immigrant visa for the child at the U.S. Embassy (in Nairobi, Kenya). American citizens who believe this category may apply to their adopted child should contact the U.S. Embassy in Nairobi for more information.

Also, if an adopted child has not resided with the adoptive parent for two years (or if the child has not yet even been adopted) the child must qualify under section 101(b)(1)(F) of the U.S. Immigration and Nationality Act in order to apply for an immigrant visa. The main requirements of this section are as follows:

•The adoptive or prospective adoptive parent must be an American citizen;

•The child must be under the age of 16 at the time an I-600 Petition is filed with the DHS on his or her behalf;

•If the adoptive or prospective adoptive parent is married, his or her spouse must also be a party to the adoption;

•If the adoptive or prospective adoptive parent is single, he or she must be at least 25 years of age;

•The child must be an orphan, as defined by U.S. regulations. Although the definition of an orphan found in many dictionaries is "A child whose parents are dead," U.S. immigration law and regulations provide for a somewhat broader definition. Children who do not qualify under this definition, however, may not immigrate to the U.S. as an orphan even if legally adopted by an American Citizen. The Department of State encourages Americans to consider if a particular child is an orphan according to U.S. immigration law and regulations before proceeding with an adoption. A detailed description of the orphan definition used by USCIS can be found on their website.

US immigration procedures for orphans:

Adoptive and prospective adoptive parents must obtain approval of a Petition to Classify Orphan as an Immediate Relative (Form I-600) from the Department of Homeland Security Citizenship & Immigration Services (USCIS) before they can apply for an immigrant visa on behalf of an orphan. The adjudication of such petitions can be very time-consuming and parents are encouraged to begin the process well in advance.

A prospective adoptive parent may file Form I-600A Application for Advance Processing of Orphan Petition with the DHS office having jurisdiction over their place of residence. This form is the most time-consuming part of the process and must be completed in advance, even before the parent has located a child to adopt. In addition, a parent who has an approved I-600A may file an I-600 in person at the U.S. Embassy in Nairobi . Detailed information about filing these forms can be found on the USCIS website.

Americans who have adopted or hope to adopt a child from Kenya should request, at the time they file these forms, that DHS notify the U.S. Embassy in Nairobi as soon as the form is approved. Upon receipt of such notification, the Embassy will contact the parents and provide additional instructions on the immigration process. U.S. consular officers may not begin processing an orphan adoption case until they have received formal notification of approval from an DHS office in the US.

One part of the petition process that DHS cannot complete in advance is the "orphan investigation". An orphan investigation Form I-604 Report on Overseas Orphan Investigation) is required in all orphan adoption cases - even if an I-600 has already been approved - and serves to verify that the child is an orphan as defined by US immigration law.

Kenyan law prohibits financial transactions between individuals involved in an adoption proceeding. Although no payment is required by law in Kenya, some payments are permitted, for example to an adoption society for maintenance of the child, or to an attorney who acts for any of the parties or in connection with an application for an adoption order. Any payment or reward made by adoptive parent or guardian of a child, or a third party facilitating the adoption for the purpose of making an adoption order, is considered illegal.

Prospective adoptive parents are strongly encouraged to consult DHS publication M-249, The Immigration of Adopted and Prospective Adoptive Children, as well as the Department of State publication, International Adoptions.

Information is also available 24 hours a day from several sources:

monique harriel 8 months
I am interested in adopting a child from Kenya. I live in the US. Please forward the proper information. Thank you,
Ms. Harriel