How Illiteracy and Ignorance destroy Africa 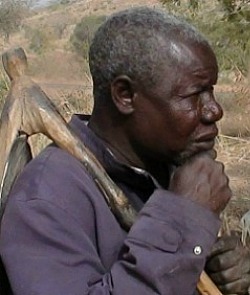 Most of us the so-called educated men and women of the world today, have clocks in our homes. Some of us even carry wristwatches and cell phones with us yet we are almost always late.

A stupid man is far more dangerous than an atomic bomb. A wise man fears not the weapons of mass destruction but the stupid men operating those weapons.

Some of us the so-called educated people of the world think we know almost everything, and we try to prove ourselves almost all the time. The sad truth however is that, we know nothing at all. Some of us think we have sharp eyes yet we light candles and switch on light-bulbs anytime the sun goes down.

Education is the key to success and Africa needs quality education if we are to prosper. People need to learn to read and write if they are to survive in today's world. However, we must also know that the world today is full of "educated fools", and those ones are much worse than even the "uneducated". Illiteracy is not just a disease but also a predator that preys mostly on the weak minds of fools. The point I am trying to make here is that, it is great to read and write because that can broaden one's horizons. However, you do not need to read and write in order to know what is right.

Someone made it very clear online a few days ago that religion is the cause of all the problems we face today in the world and he was absolutely right. Why? Because religion today is full of nothing but ignorance, power, money, fame and stupidity. The so-called leaders of the world use religion as a tool to control the masses and the sad thing is that, we the "stupid" men and women of today continue to follow them like "Mary's little lambs".

The terrorist group by name Boko Haram, which means "western education is evil", is happy and ready to kill more innocent people for a peace-loving God called Allah. As their name implies, quality education, including peace and tolerance, is a sin in this group, and they believe they are killing for Allah and his holy prophet. This is just an example of how illiteracy destroys our beloved continent Africa.

Boko Haram is an Islamic extremist group and their mission is to destroy every formally educated man. Why? Because, western education, according to what the holy prophet of Allah taught them, is evil and must be destroyed. They celebrate anytime an innocent falls and they believe they are eliminating all the "infidels" ,especially Christians and Jews, for Allah and his holy prophet. The same can be said about other terrorist groups like the Al Shabaab, the ISIS, Al Qaeda, etc. Just take a look at what Al Shabaab has done to Somalia and other East African countries and take a look at what ISIS is doing today in North Africa in countries like Libya and Tunisia. It all comes down to religion, money, lliteracy and ignorance.

Northern Nigeria, the Islam-dominant region of Nigeria, is the poorest part of Nigeria with just few schools and hospitals. Illiteracy is very high in this part of Nigeria yet this group, Boko Haram, is busy destroying the remaining few schools and hospitals and they believe they are doing it for Allah. This is how stupidity destroys Africa. Religion is just a tool these terrorist groups use to operate. However, illiteracy is the root cause and ignorance is what drives several new people to join these terrorist groups every single day.

Ssebunnya Fredrick 4 years 4 months
Indeed, stupidity (ignorance and illitracy) of africans is what is destroying the continent.l don't blame Donald Trump for refering to african countries as shit-hole countries! Note. Our elite class in Africa is a clique of educated fools because of greed and selfishness,oh God save Africa!

Alagie B Tunkara 3 years 7 months
What Boko Haram teach and what Islam teaches are quite different. Islam is prohibited to kill innocent people, killing one innocent person is like killing the whole of humanity.
Boko Haram is not fighting for Islam they are fighting for their own interests. Do not insult Islam because of some few groups or individuals. Islam never spread evil but only peace.

Wade Dut 3 years 6 months
thanks you very much for creating this great website, in fact there is saying, if there is no enemy from within ,the outside enemy cannot destroy you, our main problem in Africa are our rulers who only stages in power for their own self enrichment and aggrandizement, they have eyes and they cannot see beyond their feet's looks at how Africa union is silence to stop war crimes and crime against humanity, corruption, poverty and diseases, greed for power. we have got different names because of them such as shitholes,holig anism, backwardness and illiterate.so we must deal with so -called rulers before we ca embarks on changing Africa as a whole.