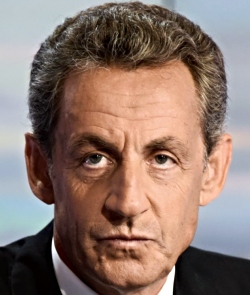 France is Africa’s never-ending nightmare. The pain and destruction France has caused Africa is quite untold. To the French elites of yesterday and today, Africa as a continent is nothing but an “uncivilized” colony that needs to be civilized.

As French president Emmanuel Macron recently made clear, to France, Africa has a “civilizational problem” and France cannot abandon Africa. In fact, France has been on a “civilizing” mission in Africa since the mid 1800s. France conquered large parts of North, West, and Central Africa as part of its attempt to “civilize” Africa. Sadly however, France’s national motto “Liberty, Equality, and Fraternity” (Liberte, Egalite, Fraternite) did not apply to its African colonies.

France was and remains one of the most barbaric colonial masters of all time. France’s colonial activities in Algeria for example, was so barbaric it shocked even the perpetrators themselves. Emmanuel Macron, the current president of France, admitted recently that, in fact, France’s 132-year colonization of Algeria involved “crimes and acts of barbarism”. And to those of you who don’t know how barbaric it was in Algeria, over a million Algerians lost their lives and "decapitation" was a French game during Algeria's war for independence. Most other colonies who challenged French authority had it worse than Algeria and some of their stories remain untold.

The question however remains, why is France so much interested in “civilizing” Africa? Well, there is no simple answer to this question. However, according to late French president Francois Miterrand, “Without Africa, France will have no history in the 21st century”. Why? Well, France needed energy, money and resources and France received and continues to get all that plus more from Africa.

It is almost impossible for any French colony to gain total independence and the reason is because, France puts measures in place to control and manage its former colonies from afar. Although many of the French African colonies had gained independence by 1965, France was still in control of the affairs of those former colonies. Someone may ask, what are some of the measures France put in place to control the affairs of its former colonies? Well, a key term to understand France’s role in modern African affairs is “France Afrique”. This term refers to the actions and policies of a network established by French army officer and former president General Charles de Gaulle and his ally Jacques Foccart. This network of African politicians, leaders and businessmen helps France maintain and control former colonies.

Former French president Jacques Rene Chirac admitted this in an interview (January 2001 in Yaounde during the 21st Africa-France Summit). In the interview, Jacques Chirac said, “We (France) have to be honest, and acknowledge that a big part of the money in our banks comes precisely from the exploitation of the African continent”. In fact, according to sources, even Jacques Chirac himself and Dominique de Villepin, the former prime minister, regularly received suitcases stuffed with millions of francs from a string of African leaders. Just recently, France's former president Nicolas Sarkozy was in police custody to be questioned over allegations that he received millions of euros in illegal election campaign funding from the regime of the late Muammar Gaddafi.

Because the former French African colonies are all resource-rich nations, French companies such as Areva and Total have major investments in the region and as we saw from the 1994 scandal involving the French oil company Elf, these French companies in Africa mostly pay bribes to African leaders to secure their allegiance to France and maintain French rights to local oil and other resources. France often uses money and power to influence elections in Africa so that their “favorable” candidates win. This also explains why France continues to support crazy leaders like Idriss Deby of Chad who has been in power since 1990.

African 3 years 5 months
Yes, we are still under torture, but it is taboo to tell it publicly.