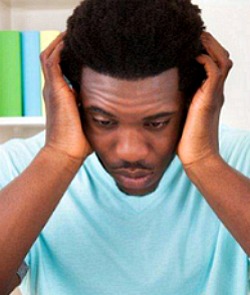 It is not a topic people often talk about but it is an issue we need to tackle as a people if we are to develop as a continent. It is an issue almost all third world countries face and the poor countries in Africa are perhaps its hardest hit victims.

Take gallons, barrels and even tankers full of water from the ocean and there will not be any significant change in the level of water in the ocean. However, take drops of water from a teaspoon and the level of water on the teaspoon drops significantly. Drops of water are being taken away from Africa’s little amount of water left on the teaspoon by a thirsty monster called “Brain Drain”. The doctors and nurses who would treat the sick and the dying are leaving the continent behind in search for greener pastures elsewhere. The old who would teach the children right and the young who would take care of the old and the disabled are all leaving the continent behind. It has gotten to a point where even the “men of God” who would pray for the sick and the needy are all leaving poor Africa behind in search for greener pastures elsewhere. Brain Drain is destroying Africa and there is no way Africa can prosper with this dangerous monster hovering around our heads all day and night and ready to drain the little juice left in our brains.

It is good to travel. Travel promotes multiculturalism and brings different people and races together. Travel promotes globalization. We discover new places, new people, new cultures, new belief systems, etc.  In other words, it is good to travel. The issue of brain drain is not an issue of “too much” travel but rather an issue of selfishness. It is not an issue of “too much” traveling but rather an issue of taking what you have (that could help your own land) to another land purposely for greater financial gains. In simple terms, brain drain is the loss of professionals to “better” paying jobs overseas. It is good to travel and Africa benefits greatly from migration in some instances. For example, most working African immigrants in western countries do send money home (remittance) to help their families back home which is great. The issue of brain drain however, is an issue of a “one way ticket” whereby so many intellectuals live the continent sometimes with no hope of ever coming back. In some communities in Africa today, almost all the doctors and nurses are gone leaving the hospitals and clinics starved of health professionals yet several students graduate each and every year as doctors and nurses in Africa. In some countries, even the government and tax-payers contribute to train these doctors and nurses. In other words, we pay to train professionals for other countries to use which is very sad. Not just health professionals. Engineers, lawyers, farmers, etc. are all leaving the continent at higher rates.

According to recent statistics, brain drain robs Africa as many as 1/3 of its professionals each year. According to a report by the International Organization for Migration, about 1/3 of Africa’s professionals have already left the continent which constitutes over 10 million mini-Diasporas and according to a recent World Bank report, Africa continues to loose over 23,000 professionals each year to brain drain. Africa’s institutions are increasingly becoming dependent on foreign expertise to fill in the human resource gap caused by brain drain at the cost of over 4 billion dollars every year. According to recent World Bank statistics, Nigeria, Kenya, Ethiopia and South Africa are some of the hardest hits in Africa today.

The push factors fueling the brain drain migration are quite obvious (unemployment, lower wages, political instability, etc.). The question therefore is; how do we eliminate the push factors so as to retain our professionals? How do we tackle the issue of Brain Drain and how do we overcome it? How do we keep the intellectuals from leaving the continent? Should governments start placing restrictive immigration policies on intellectuals? South Africa is currently working on promoting and retaining talents by tightening migration laws but the question is; is it morally right to restrict movement of people in this case?

Alan Bowman 4 years 4 months
Another side to the same coin is the lack of basic and better education in many African countries. Many do not get the chance even to reach any level of potential because literacy levels are so very low. Governments who would use some of their finances in a better way would invest in their own population. In some African countries better literacy could help many out of poverty even to a national level.

Kevin Dorival 4 years 3 months
This is an issue that many black nations are facing. "Brain Drain" seems to be more of an "Intellectual Drain". We have to find a way to encourage the intellectuals (doctors, engineers, pastors, farmers, scientists) to remain in Africa by giving them extra incentives, such as security, competitive pay, secured living quarters, etc. Loosing 23,000 professionals a year will eventually leave the continent dry of talents. This issue is a precarious one and definitely a priority that needs to be address.

Oliver Cynthia 3 years 10 months
I think this issue is very serious though not always regarded. I think the government should try and create better job opportunities with necessary requirements to enable the people to remain in their country.