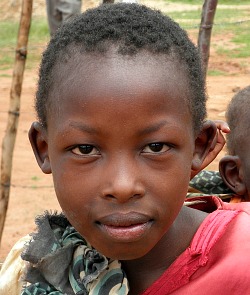 Someone may ask, why would the government support such “unethical” acts? Well, it all comes down to “business” as far as the world governing bodies are concerned.

The issue of HIV/AIDS is one of those unfortunate issues I tend to agree more with the conspiracy theories than the scientific and historical communities. The scientific community still wants us to believe that HIV/AIDS came from Africa which is nothing but absolute nonsense.  After several decades of research, the best explanation the science community could come up with was that, some African dude slept with a chimpanzee. According to “AVERT” (the world body in charge of HIV/AIDS stats), “It is widely believed that HIV originated in Kinshasa in the Democratic Republic of Congo around 1920 when HIV crossed species from chimpanzees to humans”. The gospel truth however is that, HIV/AIDS came from America and up until the 1980s, there was nothing like HIV/AIDS in the world.

According to the Centers for Disease Control and Prevention (the CDC), an estimated 36.9 million people were living with HIV (including 2.6 million children) in 2014 and over  1.2 million people died from AIDS-related illnesses in the same year. Since 2000, around 25.3 million people have died of AIDS-related illnesses. Sub-Saharan Africa, which bears the heaviest burden of HIV/AIDS worldwide, accounts for 66% of all new HIV infections. The question however is, where from the HIV virus? Why is there no cure for HIV/AIDS despite several years of research? Who is manipulating the system?

I have been doing some research and watching several documentaries trying to figure out exactly where HIV/AIDS came from and throughout my research, all fingers seem to point to no other place but America.

According to most conspiracy theories, the HIV virus was purposely created in the United States as a biological weapon (mostly to threaten the Soviet and its allies). Some also say, the creation of the HIV virus was sponsored by the world governing body as a “depopulation” means to tackle the world population explosion. One theory which is my personal favorite claims the HIV virus was created in an “uncontrolled” environment and got out of hand. The American government and other organizations then seized the opportunity to make profit out of the catastrophe.

Someone may ask, how could the government make money out of such “mess”? Well, the more the HIV virus spreads among population groups, the more the need for more scientific research (for a cure) rises. Tax payers and donors pay even more, pharmaceutical industries flourish (producing and selling anti-retroviral drugs), governmental agencies and middle-men pocket more and more money by enterring into “deals” with pharmaceutical industries, insurance companies, etc. and pushing regulations. It is all business. All these conspiracy theories make far more sense than the nonsense the scientific community wants us to believe and that is the main reason why I personally believe America gave the virus to Africa and the world as a whole whether consciously or unconsciously.

Why is there no cure for HIV/AIDS despite several years of research? Well, I personally believe there is a cure for AIDS but as I mentioned earlier on, some higher powers are controlling and manipulating the system for financial gains. If there is a cure then who will buy the antiretroviral drugs for them to make money? And if millions do not die from HIV/AIDS and related diseases, then how will the world population go down? That is why there seems to be no cure out yet and millions continue to die in pain and in sorrow. Yes that is the world we live in.

Oyewusi Aderinola 4 years 4 months
This is all interesting but if you’re keeping up with the latest facts, you’ll realize the whole HIV epidemic is a farce. HIV is a virus that has been with mankind for eons, and it doesn’t cause AIDS. If left alone, the body’s antibodies will eradicate HIV by itself. That’s why a lot of retesting of HIV positives come up with false positives. So, forget about where HIV comes from. It’s harmless.