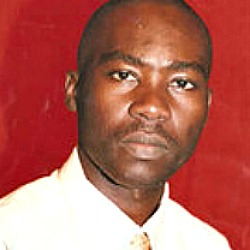 Our settlement (informal) is the most conspicuous and oldest informal settlement within Homa Bay Municipality. The growth of the slum has been both rapid and unplanned resulting in desperate living standards for majority of inhabitants. It's among the worst polluted and disease ridden habitats within Homa-Bay municipality.

Even section which happens to be served by sewerage line, suffers from permanent sewage discharge polluting surface waters and seepage from sewers, septic tanks and pit toilets pollute few shallow wells in existence and lake water as well. Due to poor sanitation facilities and lack of drainage, human faeces and pools of stagnant water are found adjacent to family households.

Like other children in the world, our children, have a right to live to celebrate their fifth birth day and beyond. This is attainable by ensuring these children have: enough to eat, clean water to drink, access to basic medicines and vaccines, access to simple solutions like treated nets and re-hydration salts .

The slum like any other area along the shores of Lake Victoria is hard hit by HIV/AIDS pandemic, combined with malaria has impacted negatively on economy of the slum. Malaria incidences are high in this slum due to poor solid and liquid waste management which has favored the breeding of mosquitoes. 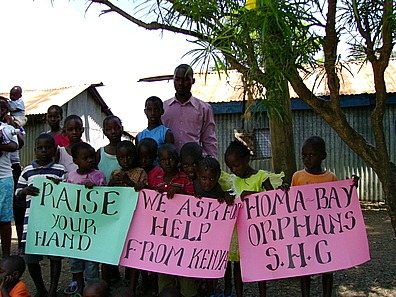 Only 10.2 % of slum dwellers are accessed to piped water, and other sources of water like shallow wells, rain water forms 22.6 %. The remaining percentage is got from lake water, which is highly contaminated as Lake Victoria is virtually a sink (used bathing, discharge of raw sewage, garbage, waste from fish, defecation from livestock, raw faeces, flying toilets etc). Only 33.2% households have latrines. The area's black cotton soil easily collapses making construction of latrines difficult and very expensive, for the few who would be in position to construct latrines. Inadequate sanitation therefore is a major cause of poor health. Water is essential for human life, yet many take safe water for granted. Safe and available water immediately and drastically reduces risk of death from water borne diseases.

Girls attendance and performance in school are badly affected by lack of sanitary towels, they always absent from school at least 4 days in a month that is 36 learning days per year, which means 2 weeks every term, this lowers self esteem and a close for ridicule and this is why we are trying to bring this project closer to the slums so that the other days lost can be compensated at the care program.

Most Orphans are taken in by their relatives who at the parent's funeral give promises to educate them and provide for their needs; the reality is that Orphans are basically the donkey that does every hard work in these families. It is in this line that Orphans suffer from frustrations and desperation with a feeling of isolation and the sense of being real Orphans. A general example of the farming communities of Rongo clearly illustrates the burden that these children have to bear.....Most of these families who pretend to take up the responsibilities of caring for the Orphans, do woke them up as early as 4 am in the chilly cold mornings to work in their farms till 11 am, this is their daily duties basically left for the Orphans...I haven't noticed any responsible father denying his children an opportunity to sleep, learn and play, but to these children its like a dream to them to play even with the children they stay with in the same house/plot. Normally after farms duties they proceed direct to fetch water 3-5 kilometers away from where most people lives, and they are forced to do it several trips without taking any meal, not even breakfast nor a lunch for them...it's unbelievable...but i trust my God for revealing this true and pure religion that our father accepts....Amen....!..........Read Ex:22:22-24,James:1:27,Jeremiah:29:11

Such kinds of heavy and hard labour assigned to them, make them feel very desperate and not cared for even by the communities..they are never given time even to contribute in matters affecting their lives, this is the real pain i saw and decided to have a hand in helping the frustrated Children.

With your help, the hungry are fed, the poor are clothed and given medical help and the widows and orphans are cared for. An everyday miracle such as water well for a village gives people hope that God hasn't forgotten them.

We must reach out to every segment of society; poor as well as rich, uneducated as well as educated, and to every race and every nation so that we can truly fulfill the Great Commission.

Our mission is to help the hurting by providing food, water, clothing, shelter, and education to the people of the nations of the world, therefore demonstrating the love of Jesus Christ.

Thanks a lot for possible help rescue interventions from the Lord's power that heals in prayer.

Praise be to His Holy name!!

Your brother in Christ,