Google to Tap the Poor in Africa and Asia 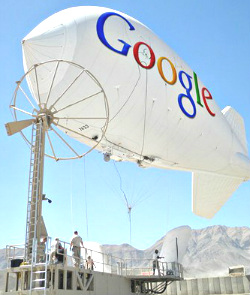 Just a few centuries ago, before television and radio sets, horses and "messengers" were the only "broadband" lines available for long distance communication. In some parts of Sub-Saharan Africa, drums, gong-gongs and horns were used for similar purposes. Things have changed a lot especially in the past few decades. Now we have radio and television sets. Now we have cars, trains, airplanes and above all, we have phones and more cell phones in addition to the mighty oracle of information, the internet all of which help a lot in faster information distribution.

Others however, are denied access to all this information due to their poverty. Not so many poor people in some parts of Sub-Saharan Africa and Southeast Asia can boast of even "black and white" television sets let alone smart phones and laptops with internet access. However, thank God things are about to change for the better. The poor can now also enjoy some of these privileges we take for granted.

However, the search engine god Google is not doing it for free. As we all know, Google is in for business and in business, nothing goes for free. As we all know, Google is a search engine giant and Google has carved its way into other areas of information technology. However, despite all these achievements, Google's advertising platform popularly known as "Adsense" remains its major income source. Google has reasoned that, by bringing the poor in Asia and Africa to the web, its advertising platform would get a major boost which means more money for Google. In other words, Google is planning on how to benefit from the poverty of the poor by helping bring the poor to the web and the poor helping it to make big money.

I know most of you know this already but for the sake of those who don't know, let me repeat it. The more private information giant organizations like Google, Facebook, Yahoo, Myspace, Twitter, etc. gather from you, the more money they make. Although these giant organizations preach so much about privacy protection and how much they protect your privacy, these are the same organizations all over the web with their "bots" and "spiders" searching every nook and cranny for your private information so they can make more money out of you. For example, they have something they called "interest based advertising" which targets individual people based on the information they gather from such people.

Now back to the Google-Poor relationship. Google's plan does not include big cities and towns where there are such protective laws. Google's plan does not include advanced countries where there are such protective laws. Google's plan only includes poor people (most with very little education) in poor countries where there are no such protective laws to protect one's privacy. Now imagine the level of private information Google can gather from all these poor people all in the name of "free" web access. Although I do not oppose the idea of helping the poor and the needy in some of the most remote corners of the world, the idea of Google doing it makes me a little bit uncomfortable. In my opinion, Google may just be "tapping" deeper into the lives of the poor and the needy just to make more money.