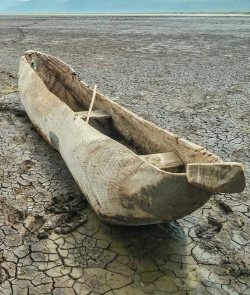 It is rather unfortunate that some of the most powerful men in the world today think climate change is nothing but a hoax. Science has been warning us for decades and the signs are quite apparent yet the rich and powerful men like US president Donald Trump think nothing really is happening. However, what people need to realize is the fact that, when the rich and crazy people running the world today make unreasonable decisions, it is often the poor at some very far corner of the earth that suffer the most.

The globe is warming at an alarming rate and some of the consequences are quite irreversible according to science. But can we just fold our arms and watch things deteriorate for the worse? The answer is NO. We need to do something. Yes it is true the earth undergoes natural cycles which might include periodic warming and cooling (considering “ice age”). However, this is not the case in what we are witnessing now according to science. The global warming we are witnessing today is not natural. In fact, it is man-created and can be overcome by the actions of man according to science. Unfortunately however, some people tend to believe the words of the “Donald” more than the facts of the scientific research.

When it comes to global warming signs and conditions, people mostly focus on the melting ice caps in Antarctica, polar bears losing their natural habitat, rising sea levels, more than usual heavy rainfalls and flooding of coastal towns and cities, more and more powerful and destructive tsunamis and thunder storms, deadly heat waves, extreme drought and wild fires.  However, people often ignore that in addition to the above, those extreme climatic conditions will affect agricultural lands, food and water supply, leading to more and more people becoming poorer and poorer. More and more people will be forced to migrate to greener pastures which will lead to overcrowding, more crimes, limited resources, etc. in some places. Storms and floods, for instance, do not only cause direct injuries but can also shut down hospitals, spur disease outbreaks and produce lingering mental health problems, as people lose their homes. Not long ago, about 80 lives were lost in California due to wildfires spurred by drought. Not just that, those wildfires also polluted the air as far east as Massachusetts. If with all the resources and agencies available to Californians, more than 80 lives were lost, imagine the death toll and destruction should this happen in a poor third world country with very limited resources. This is the scary part of global warming that the media don’t often show. Already tens of thousands of people are dying in Africa, in India and most other corners of the third world due to the consequences of global warming and climate change.

According to science, over 157 million more people worldwide were exposed to heatwaves last year than in 2000. Not just that, the hotter weather led to the loss of over 153 billion hours of labor, a 60 percent jump from 2000, as workers in construction, farming and other industries downed tools, often squeezing family income. In India, heat caused the number of hours worked to fall by almost 7 percent in 2017.

To sum it all up, a rapidly changing climate (as we are witnessing today) has dire implications for every aspect of human life and the best we can do is not to fold our arms. Climate change is real and we need to tackle it with real action. There are so many ways we can do this. From using energy wisely (eg, switching to energy efficient light bulbs, unplugging computers and other electronics when not in use, etc.), pushing for cleaner and healthier renewable energy sources (such as wind and solar), helping put a price on pollution (eg. Putting a price on carbon), adopting a greener commute (taking a public transportation, riding a bike, switching to hybrid vehicles, etc.), to even the food we eat (don’t waste food, go organic, grow your own, etc).  It is everybody’s responsibility and we need to all work together as humanity to tackle global warming and climate change before it is too late.