Free Trade Area and One Passport for Africa 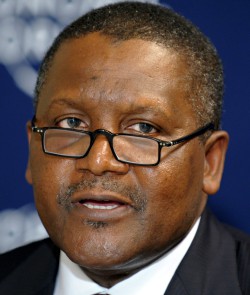 There is strength in numbers and Africa has numbers. The only problem is that, Africa failed to put those numbers to good use. The good news however is that, it is never too late and Africa is awakening faster than we could all imagine. In fact, many Africans are beginning to realize the strength and power in numbers. Africa has begun taking some bold but crucial initial steps and it is all for the better. Imagine Africa with open borders. Imagine Africa whereby people, goods, and services flow freely from one corner to the other. Imagine Africa with one passport. Imagine a passport with an African map on it. Not long ago, these were mere imaginations. However, it may surprise you to know that, there exists an intra-continental passport in Africa today that can get you anywhere on the continent. Although not yet available to the general public, it is official, it is in the making, and it will be available to the African public very soon.

Unity is strength and unity is what Africa needs. It is something deep down in our hearts and we yearn dearly for it. Unity breeds peace and understanding and that is what we need in these crucial times. In fact, doing a quick search, you can find several of such articles here on AfricaW.com about the need for Africa as a continent to come together. Unfortunately however, most of our leaders were far asleep. The good news though is that, some of our leaders today are waking up to reality and some have begun negotiating and taking part in Africa’s giant but very crucial initial steps and it is all for the better . We urge those who are still asleep to better wake up before it is too late.

Somewhere in January 2012, in Addis Ababa, Ethiopia, some African heads of state and government officials agreed to establish a continental free trade area. Negotiations started somewhere in June, 2015. It may surprise you to know that it is now official. There is a new global trade player. African leaders have just signed a framework establishing the African Continental Free Trade Area, the largest free trade agreement since the creation of the World Trade Organization. On Mar. 21 2018, 44 African heads of state and government officials met in Kigali, Rwanda, to sign the framework to establish this initiative of the African Union.  44 out of the 55 member countries of the African Union have already signed the framework and the few others (including Nigeria and South Africa) are expected to sign in the very near future, bringing together 1.2 billion people with a combined gross domestic product (GDP) of more than $2 trillion.

The Continental Free Trade agreement will liberalize services and aims to tackle "non-tariff barriers" which hamper trade between African countries. In other words, free movement of people, goods and services all across Africa. By removing those trade walls, Ivory Coast can easily export some of its cocoa beans to South Africa and other parts of the continent. Also, some of the chocolate-making factories and others can easily extend their facilities and establish branches in Ivory Coast so they can easily get raw materials (cocoa beans in this case). In the end, there will be economic diversity and a bigger market in Africa. To put it in simple terms, there will be more jobs (especially manufacturing and service jobs) for Africans (especially the young people) and the money will remain in the African economy. In other words, the whole of Africa will benefit.

Although these are great initial steps, the agreement on its own won’t deliver much. We urge our leaders and policy makers to put some sound economic policies in place to help make the AfCFTA agreement, a great success story.